Home > Eco > Clean Energy and the Future of the Caribbean 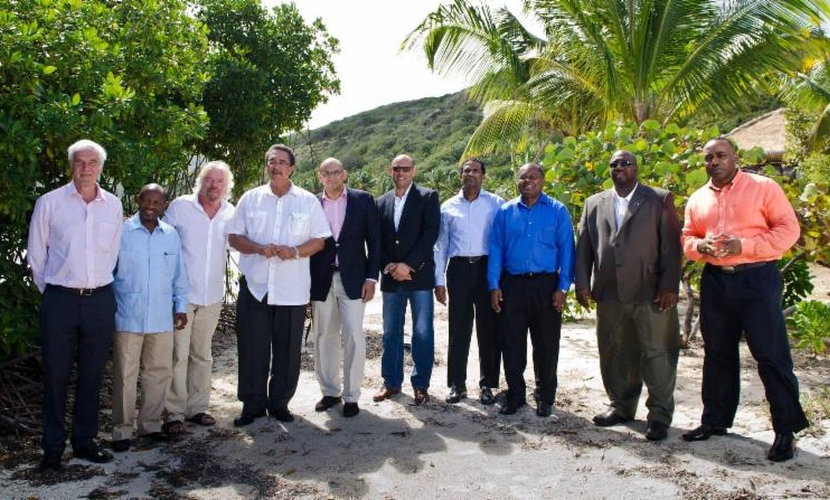 Strategies for Caribbean governments to transition to green energy will be put in the spotlight this June 4th at the Harvard Club in New York City as Sir Richard Branson’s Carbon War Room (CWR) teams up with Invest Caribbean Now (ICN), to present ‘Clean Energy and the Future of the Caribbean.’

The panel at ICN, the biggest summit on the Caribbean outside the region, comes on the heels of Branson and the Carbon War Room’s ’10 Island Renewable Challenge,’ issued in February on Necker Island in the British Virgin Islands.

The plan is to encourage Caribbean nations to switch away from fuel oil and move to low or zero-carbon energy that will not just help keep the air clean but reduce overall energy costs. The average cost of electricity across the Caribbean ranges from $0.30 per kilowatt hour (KWh) to $0.65/KWh – roughly three to six times the price paid in the continental US.

Justin Locke, Director of Islands at CWR, will moderate the panel which will include Diana Jensen, the director of Renewable Energy Finance at the U.S. government’s development finance institution, the Overseas Private Investment Corporation, (OPIC); Raul Slavin, managing director of Aspenall Energies; Mark Austin, a venture partner at Bright Capital and Jacques-Philippe Piverger, the CEO and co-founder of MPowered.

Trinidad & Tobago’s Minister of Trade, Industry, Investment and Communications, Senator Vasant Bharath will put the spotlight on investment opportunities in the twin-island Republic while Sheila Newton-Moses will put the project spotlight on the Caribbean Market Village of St. Lucia.

Other panels at the summit will also include ‘Global Trends & The Caribbean’ featuring Janine Craane of Merrill Lynch; Valence Williams of Aegis Capital; Sergio Millian, of the Russian-American Chamber of Commerce and Anthony A. L. Adjasse of the Allied African Nations Chamber Of Commerce and ‘Medical Tourism – The New Trend In Caribbean Tourism,’ with Colin Childress, CEO of Global Med Choices, Turks & Caicos; Paul Angelchik, chairman of American World Clinics and Patrick Goodness, CEO of The Goodness Company of Costa Rica among others.

Additionally, there will be a panel on the ‘Emerging Relationship Of Chinese Tourism & Investments In The Caribbean,’ featuring Cao, PengCheng of the Beijing Municipal Commission of Tourism Development and Li Li, executive director of the Chinese American Business Development Center among others.

This year’s featured interview will focus on the ‘Caribbean Diaspora As An Investment Source’ with Qahir Dhanani of the World Bank Group; Leigh Moran of the US State Department and USAID’s IdEA and Irwine Clare of the Caribbean Immigrant Services.

Beverly Hills designer to the stars, Woody Wilson, will make a special announcement regarding his line and the Caribbean while offering a preview of his tropical collection for the region to wrap up the summit.

One Caribbean Television weatherman, Joey Stevens, and his famous side-kick, Bob, will host this year’s ICN Awards Reception, set for 4:30 to 6:30 p.m. It will include remarks from Hollywood Actor Malik Yoba and the presentation of awards to Chairman of Sandals Resorts International, Gordon “Butch” Stewart, who will receive the 2014 Invest Caribbean Now Leadership Award.

Past ICN honorees have included Sir Richard Branson, founder of Virgin Group and Royal Caribbean Cruises International. Five corporations from across the region will also be honored. They include interCaribbean Airways, One Caribbean Television, First Citizens TT, DHL and HBO Latin America.

For more log on to ICN’s summit page at Investcaribbeannow.com. Only ten last minute tickets are left before this event closes its public registration. Get tickets here or at https://events.r20.constantcontact.com/register/eventReg?oeidk=a07e8uxmuwgc5df4c47&oseq=&c=&ch

This year’s Summit will be live tweeted at twitter.com/InvestingCarib using hashtag Investingcarib. Additionally fans can follow the summit at Facebook or facebook.com/investcaribbeannow