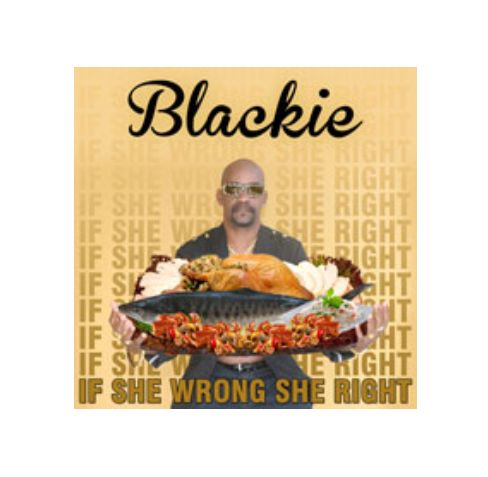 Legendary Calypsonian Blackie Unleashes “If She Wrong, She Right”

Blackie is celebrating over 25 years in the music industry, breaking into the scene since 1991 with his hit “Form a Line and Wine.” He was a finalist in the Power Soca Monarch competition in 1994 and in 1999, his pan song titled “Ting Tang” won him the Pan Road March title, as well as the title for most-played pan song in Panorama.

Now he reveals his new hit song “If She Wrong, She Right,” in time for the upcoming 2016 Trinidad Carnival season. It was produced by soca hit house Kode 784 Productions.