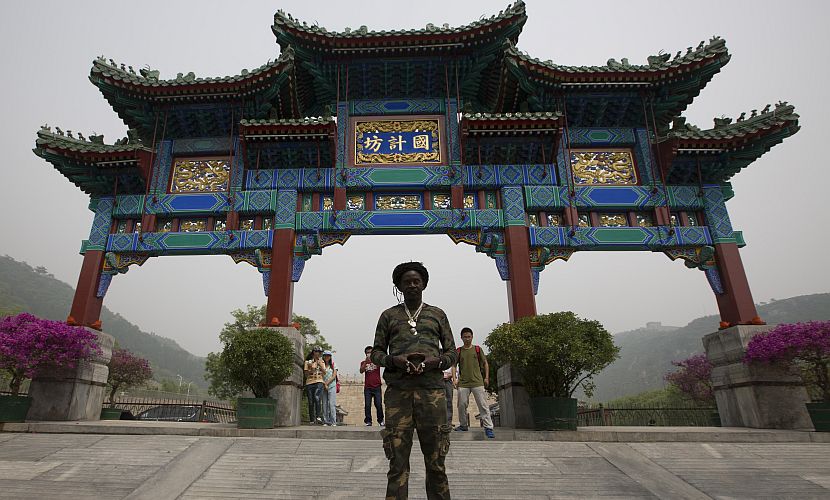 Everton Blender returned home recently following a set of successful performances in China, where he represented Jamaica at the Caribbean Music Festival in the Chinese capital of Beijing.

The award winning Reggae artist was included in a diverse group of musicians selected from the Caribbean to represent their individual countries at the Latin America and Caribbean Music Festival. Other nations represented included; Antigua and Barbuda, Barbados, Dominica, Grenada, Panama, Suriname and Trinidad and Tobago.

“It was a really good experience especially being my first time performing in China, i received a warm welcome from the locals, and there were even Jamaicans in the crowd as well. There was an interpreter on the stage so I even sang some of my lyrics in Chinese much to the delight of my Beijing fans!” Blender shared.

Taking place over 4 days, from April 30 until May 3, the festival was staged at the Rose Bud in Beijing China and was geared at promoting cultural cooperation and creating opportunities for enhanced exchanges between China and the Caribbean.

Organized by the Ministry of Culture of China in collaboration with the embassies of the participating countries; the music festival is also part of the China-Latin America and Caribbean Year of Culture Exchange proposed by Chinese President Xi Jinping.

According to Caribbean Entertainment (CE), the artist booking agency that provided the festival’s featured performers, the successful first staging will undoubtedly mean continuity and expansion of this cultural exchange activity going forward.

“The music festival provided not only opportunities for cultural exchange but a stage for our Caribbean artists to showcase their amazing talent to a virtually untapped Asian market.” Added Brad Hemmings, CEO of Florida based Caribbean Entertainment Booking Agency.

Apart from performances at various venues throughout Beijing, including the Beihang University, Everton Blender also had the opportunity to visit some of the country’s iconic sites including the Great Wall of China.

The artiste and his team are currently working on some “re-blending” and remixing of his classic singles and should be ready for a new release in a matter of days. He will also be performing at the “Indiana Reggae Jam Music Festival” in Indiana on August 20, 2016.