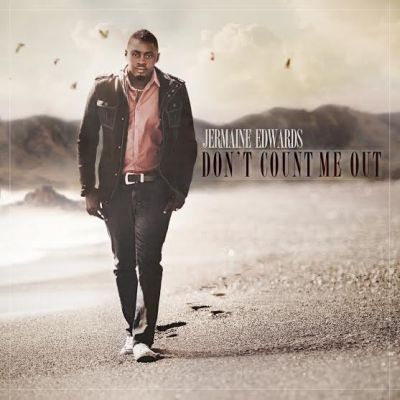 Gospel artiste Jermaine Edwards has had to face those critics who consider his music not traditionally sounding Gospel, he takes this as a compliment to the quality of the production of his projects, which is not the usual feat for local Gospel acts.

Jermaine however makes it clear that he’s not secular, he’s not inspirational, he’s GOSPEL and being a musician he experiments with different genres. Nothing added or taken away, moving forward completely passionate about the mandate God has given him to do

Quality production is the consistent trend over the years for the talented young soul, who is now gearing up to release his 5th studio Album ‘Don’t Count Me Out’. With this album, Jermaine has made certain the production quality is up to international standards by enlisting the services of the master engineer of International Gospel artiste Kirk Franklyn.

Each single on the album came from valuable lessons Jermaine has learnt on his Christian journey and throughout daily experiences. However specific tracks ‘Don’t count me out’, ‘Beautiful Day’ and ‘Won’t stop me’ resonate with him all the time, he anticipates that those who hear the entire 15 tracks will be ministered to in a similar way.

As one of the Caribbean’s leading gospel acts, Edwards sees himself as a way maker for all future gospel artistes; providing inspiration and leadership that will help them propel their own careers. As the only Gospel artistes signed as a Brand Ambassador to Telecoms giant Digicel, Edwards is working on making his name and brand an international powerhouse recognizable to people in all parts of the world.

Recently nominated in the Gospel category for the 2014 IRAWMA Awards, he believes the impact of Caribbean based gospel music could be felt a little bit more globally and is determined to tap into other areas of the globe so that others can become more familiar with the sound.

“Jamaican Gospel artistes need to hold themselves to higher standards when it relates to the quality of the material that they release. Let no one miss the message because they are distracted by how it is presented” Jermaine warned

With a November release slated to encompass 4 events in Jamaica; Kingston on November 29, Montego Bay on November 30, Mandeville on December 5 and Sav-La-Mar on Dec 6.

Jermaine is excited to share his thoughts with the population at large as his material and ministry inspires and entertains all ages. The artiste is also now in the final phase of preparation to release his one hour Documentary feature, cataloguing his Journey, ministry and the challenges he has faced throughout the process. The Album project ‘Don’t Count me Out’ will be available on Itunes on November 28.