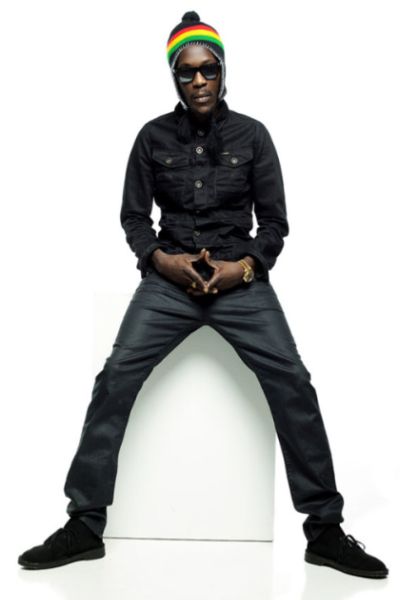 Hailing from the twin islands of Trinidad and Tobago, Marlon Asher is known for his hit single ‘Ganja Farmer’. A single released in 2004 that took the world by storm. ‘Ganja Farmer’ still has a powerful impact in the clubs, on radio and in social commentary.

Known as the first reggae sensation out of Trinidad & Tobago Marlon Asher has remained one of the most sought after artists in the country. Touring the world since 2004, Marlon Asher became a demand throughout the Caribbean, United States, Africa and Europe. His music appeals to a wide demographic affording him the ability to tour consistently since 2004. Marlon Asher is currently gearing up for a 30 city U.S. tour with The Kotton Mouth Kings starting at the end of April.

Inspired by some of the biggest names in reggae music; Robert Nest Marley, Dennis Brown and Barrington Levy, Marlon Asher continues to seek ways to deliver positivity in his music. His messages are easily conveyed and thought provoking as he sings about day-to-day struggles and injustice for the voiceless. As an artist Marlon Asher is a voice for those who are not heard.

“I was never a farmer, but I have friends who are and seeing what they have to go through when police burn their fields inspired me to create the song. People must understand that planters have mouths to feed and this is how they earn a living to do so. Putting aside the fact that herb is life and everything else about that, when you think about the work and money a man puts into his field and then see it being burnt, it’s not easy” says Marlon Asher.

Over 10 years ago, Marlon Asher saw the need for the marijuana farmers and the injustice of governments destroying their income. Today the legalization of marijuana is at the forefront and government is seeking a way to co-exist with farmers. As Marlon Asher continues his musical journey, he continues to record and stay true to being the voice of those who are not heard.

Staying true to his persona and artistic style, Marlon Asher has recorded a single title ‘Babylon Brutality’. With the current state of brutality and murder from authority on the children of the ghetto, many say the timing of this anthem against brutality could not be timelier. Though these actions are not new to the people of the ghetto, the media seems to be shedding some light on the senseless acts and injustice of non-convictions of the police who commit these offenses.

In his single “Babylon Brutality” Marlon Asher states “Babylon say get up and run because your judgment soon come”. Marlon Asher urges the ghetto youths to persevere and seek a better way.