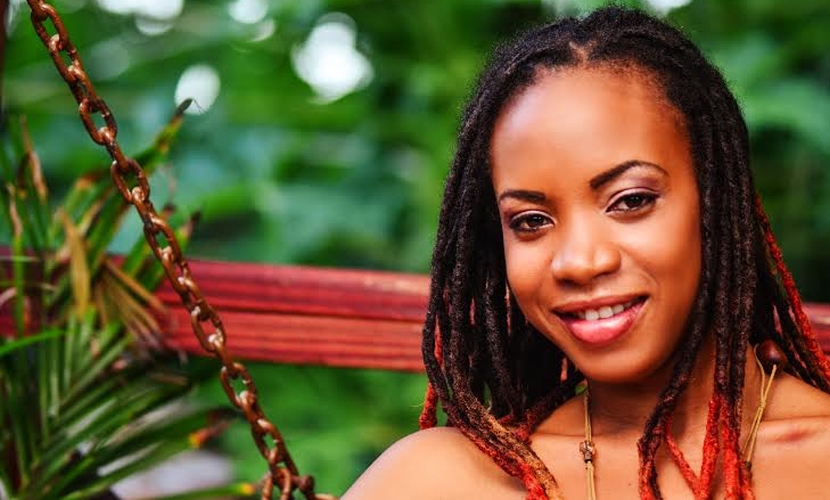 Dominican, jazz, fusion singer Michele Henderson is the winner of the Caribbean Community (CARICOM) song competition, and her winning entry “Celebrating CARICOM” is now the regional body’s official anthem. Henderson beat out 57 semi-finalists and ten finalists to emerge winner in the competition which was announced last year.
She says she screamed in disbelief when she first heard the news, and she is “happy and proud” for the accomplishment.

“I want to thank CARICOM for the honour. I want to thank my husband (Roland Delsol Jr.) from the bottom of my heart for believing I could do it and for producing the song; Earlson Mathew for his arrangement; Michael Ferrol for his drumming skills and the St. Alphonsus Choir for their choral input.”

Irwin Laroque, General Secretary of CARICOM (a Dominican himself) shares that the regional panel of judges considered her composition “an excellent reflection of the culture, identity and aspiration of the Caribbean Community engendering regional unity and pride and a fitting tribute to the 40th anniversary of CARICOM.”

The win is rather timely as next year will mark 20 years since Henderson burst on the music scene with her winning composition “My Pride”- a song she penned for the 1995 DOMFESTA (Dominica Festival of Arts) song competition. Much like that song, “Celebrating CARICOM” is a rallying cry for unity.

Henderson states that while keeping the rules of the competition in mind, her main goal was to create a song that would cause a groundswell and impact Caribbean people in a genuine way.

“In addition to its use at official functions, it’s my hope that “Celebrating CARICOM” will cause people from member islands to come together and build on our strengths. Regular rotation on local radio and a corresponding video on TV would go even further to encourage persons from all over the region to see that we really are more similar than we are different,” she says.

Henderson hails from Grand Bay, a community often times referred to as the cultural capital of Dominica and sings in English, French and French Creole. No stranger to the Regional stage, she has performed at the CBU Song competition in Barbados, Trinidad’s Jazz Artists on the Green, St. Lucia Jazz Festival, Carifesta in St. Kitts and Trinidad, St. Bart’s Music Festival, Spice Jazz in Grenada, the World Creole Music Festival in Dominica and numerous concert events in the French islands of Martinique and Guadeloupe. The seasoned flutist has six albums to her credit including her most recent Home (Chez Moi). She also successfully writes for competitors across a range of genres from pop to cadencelypso to calypso.

The powerful vocalist has been honoured by the government of Dominica for her contribution to culture and the development of the French Language; and as of 2004 appointed Goodwill ambassador to the Eastern Caribbean island.
Dominica’s Minister of Culture Hon. Justina Charles and parliamentary representative for the Grand Bay community shared the government’s pride at her most recent achievement.

“I want to as Minister of Culture extend congratulations to Michele for emerging winner of the CARICOM song competition and as parliamentary representative of her community I must say that I am extremely elated about her win. Michele has been doing wonderfully well nationally, regionally, internationally. I think that her mother, her sisters and her family must be very proud of her and we in the Grand Bay constituency and Dominica by extension are very proud that such a prestigious honour has been earned by one of our own. Her example confirms to us her potential. We wish her all the best in her future creative pursuits.”

The results were first announced to CARICOM Heads of Government at the twenty-fifth Inter-Session Meeting held in March 2014 in St. Vincent and the Grenadines.

Henderson’s first official performance of “Celebrating CARICOM, the official CARICOM song will be at the opening ceremony for the thirty-fifth Regional Meeting of the Conference of Heads of Government to be held Tuesday 1st July, 2014. There she will also be presented with her winning cheque of US$10,000.00.

CARICOM was established on 4 July 1973 by the Treaty of Chaguaramas on the principle of regional integration for national and regional development. The grouping comprises 15 full member states (Antigua and Barbuda, The Bahamas, Barbados, Belize, Dominica, Grenada, Guyana, Haiti, Jamaica, Montserrat, Saint Kitts and Nevis, Saint Lucia, Saint Vincent and the Grenadines, Suriname, and Trinidad and Tobago) and 5 associates (Anguilla, Bermuda, British Virgin Islands, Cayman Islands and Turks and Caicos Islands). The Secretariat is headquartered in Georgetown Guyana.