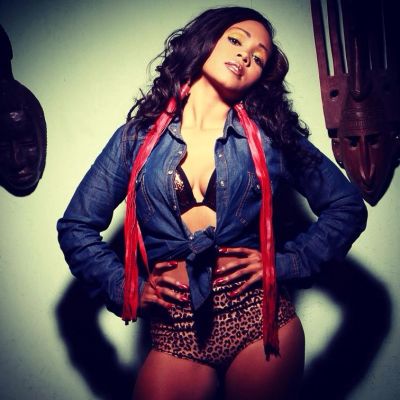 Rising Singer, MonCherie, Brings Caribbean Heat to the Upcoming Holiday Season with Release of ‘No Santa’

New Caribbean R&B/Pop singer, MonCherie, has been building anticipation for the release of the official music video for her first single, ‘No Santa.’ Now, the wait is finally over, and the tune which adds a sexy, Caribbean twist to Christmas songs, has been unveiled for the world to see.

"No Santa" brings a different flavor to the holiday season, which generally centers around children, toys, knitted sweaters and of course, Santa Claus. With playful lyrics and high octane beats, the track is sure to be a crowd pleaser. Not to mention, the video will showcase MonCherie’s vocal abilities and feature some of the hottest dance moves.

"People are always talking about Santa Claus, gifts, Charlie Brown Christmas CD’s and a bunch of kid stuff," MonCherie said. "We decided, we don’t want Santa, we want to have fun and party. Therefore, our goal with the song is to give people something with a unique spin that is fun and that they can dance to."

Born and raised in Castries, St. Lucia, MonCherie always believed she was destined for stardom. At the tender age of five, she picked up a microphone for the first time and immediately gained the adoration of those she came in contact with, especially on her native island of St. Lucia. She went on to represent her country in numerous pageants, including an island -wide pageant in St. Martin, where she was awarded best promotional speech and Ms. Congeniality.

The country adored her presence, burning passion for music, and positive outlook on life. Now, she wants to share with the world some of what has made her so beloved on her island. This starts with her music. She has already built a loyal fan-base across the Caribbean, and as a current New Jersey resident, fans in the states are also eager for her material.

"I am so excited to share my music with the fans,” she said. "It has been a long road for me, and I have endured many trials and tribulations. I have experienced working with people who did not have my best interest at heart. Now, I am confident that I have a great support system around me, and people who want me to succeed."

"No Santa" is the first of a plethora of tracks MonCherie has under her belt, and in 2014 more songs are to follow. And not all of them are party tracks. An aspiring St. Lucian ambassador for music and tourism, MonCherie wants to share a wide range of her experiences and messages. She wants to inspire , and she also wants to empower women worldwide.

"I don’t consider myself a role model per se’, but I want to show people that anything is possible. It doesn’t matter where you come from, who your parents are, or what you have been through. Only you can stand in the way of your success."

It can also be seen on MTV.com and Vh1.com. The song is available on iTunes.