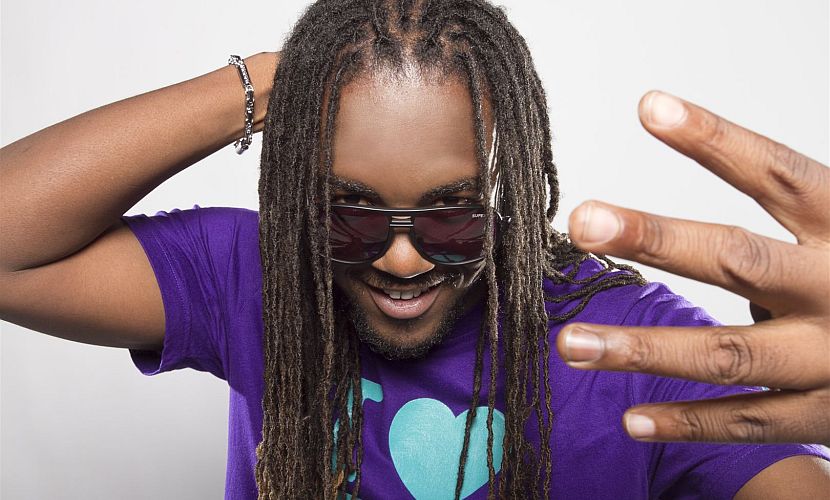 Less than a year after embarking on a seemingly arduous task of rebranding his artiste persona as a solo act; Bay-C, formerly of super group T.O.K, has hit the proverbial jackpot on the International scene. The artiste has seen his collaboration ‘Rude Gyal Swing’ with African Pop artiste Treesha hit number one on the MTV Germany Urban Charts!

The ‘Rude Gyal Swing’ single, recorded earlier this year, has spent a total of 6 weeks on the highly recognized MTV Deutsche Urban Chart since its release earlier this summer. The dance party track, produced by Deebuzz, and Hard2Def out of Germany, is a mix of Electronic Dance Music with a Dancehall flavor.

‘Rude Gyal Swing’ has edged out other international singles, including DJ Khaled ‘I Got My Keys’, Usher ‘No Limit’and Fergie with ‘M.i.l.f Money,’ to make it to the number one spot. Bay-C shared how he got involved with the project and how he feels to be on top of such a highly recognized chart.

“One of the producers, Deebuzz reached out to me. They had the song already and wanted a bad dancehall artiste on it so they linked Bay-C! It’s an amazing feeling. It is my first chart topper as a solo act so I’m super excited now.”

Bay-C already saw a huge fan base develop for T.O.K over the last two decades in Germany and Europe in general; however his Solo artiste popularity grew in Germany after his six week solo European tour promoting his ‘Better Must Come’ EP, in May of this year.

“My solo music was very well received throughout the “Better Must Come” European tour and I’m sure that with a number one single on the charts it will only grow the Bay-C fan base and brand there.” Bay-C added

Plans are already being finalized to shoot a music video for the ‘Rude Gyal Swing’ single as well as executing a combined tour featuring Treesha and Bay-C to amp the single’s worldwide promotion.

The success has definitely not slowed Bay-C’s pace however, he will be releasing additional new singles through to the Christmas season and he will also release the visuals for his ‘Bunx And Galang’ single featuring dancers Shady Squad in a matter of weeks.

For all updates on upcoming and current Bay-C projects, follow the artiste on social media @baycmusic