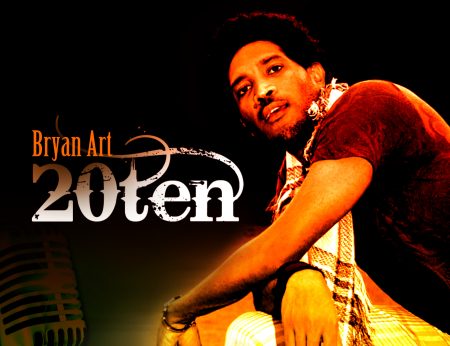 Bryan Art’s debut album ‘Bryan Art 20Ten’ has finally hit the market, June 1st, 2010. He has been known as an outstanding Jamaican voice for some time and now the music has finally been taken to the international arena. Famed by his original single ‘Get It’; his latest releases ‘Ready Or Not’ as well as ‘Murder Dem A Play’ feat Queen Ifrica have been receiving exceptional growth in the international market. 20Ten is a reflection of Bryan Art as an artiste. All true music lovers are guaranteed to enjoy every song on this album!!!

“Being able to express myself through such a powerful medium is more than a privilege and even though I have missed so many deadlines and have had to face the music, I must humbly acknowledge the honor I found in the fact that so many people keenly await my work. My solo career started out very gradually but I had hoped for not much delay in presenting the very first compilation which was due, completed but still unreleased. Anyway, nothing happens before the time and with my kind of love for the art form I really had a lot of fun putting together a newer collection of really great works. Thanks to my die hard support team who stood firmly by the standard we have set. ”