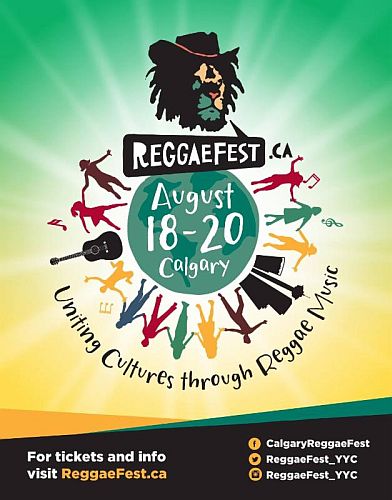 The Calgary International Reggae Festival (ReggaeFest) has announced the line up for the 2016 festival taking place August 18 – 20. Leading this amazing collection of Reggae stalwarts is the legendary Glen Washington and the newest dancehall craze in Jamaica Razor B.

“Glen has been one of those artistes we’ve been courting for several years but has always eluded us with his busy schedule,” says ReggaeFest producer Leo Cripps. “We were quite excited when his management decided he could make it this year.” Cripps continued, “But imagine my excitement when I realized the current hottest dancehall track in Jamaica is by a Canadian; we had to bring Razor B back home.”

Of course ReggaeFest is not just about one or two performers so organizers have selected an amazing array of other stars for the event. From out of Jamaica come the ever-conscious Rootz Warrior, Warrior King and Anthony Cruz. Both artistes are incredibly talented and will mesmerize Calgarians with their performances.

Appearing for the first time ever in Canada will be the Medallin dons, Columbian Reggae sensation, De Bruces a Mi. Together with Calgary’s own Uno Band, whose members hail from Venezuela, Latin Reggae will definitely be represented.

ReggaeFest runs from August 18- 20 with performances in various downtown locations and at Shaw Millennium Park.