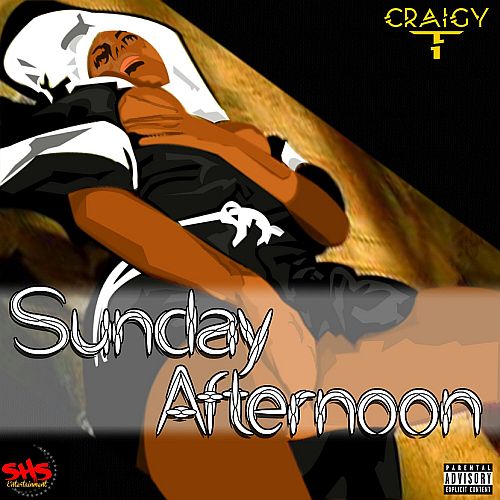 Newly solo recording artiste Craigy T, is stepping out strong from the T.O.K brand with new singles and projects bound to turn heads and stir conversation.

Chief among the conversation starters is his risqué video for brand new single ‘Sunday Afternoon’ produced by DJ Nicco for his SHS Records imprint.

Craigy T believes the concept of the video will connect with those not afraid of breaking certain boundaries when it comes to sexual expression.

“The concept is really about the expression of uncontrollable desires. Acting out one’s fantasies so to speak. It’s about challenging authority and doing the things people say you’re not supposed to do.” Craigy T explains

The video may be considered as crossing the religious lines specifically by the Catholic Church however, as the visuals start with a Nun being very sensual and eventually gets extremely sexual with the artiste. Craigy T expects mixed reactions from the Church and the public in general.

“I am not illustrating anything which many haven’t already secretly thought about, including police personnel and nuns themselves. I grew up in the church so I know that they sometimes act as the ‘big bully’ in the room but I’ve never been afraid of bullies. I think it’s time someone challenged their concept of a celibate God and Christ and move in the direction of man, woman and child being the true trinity since that is, after all, the creation of life.” Craigy T explained

The official music Video, directed by Simeon Hedge, was premiered last Sunday Afternoon, and has been racking up thousands of views since its online premiere. This particular video project is also the first phase of Craigy T shedding the ‘clean cut’ image he may have perpetuated in the last few years as a part of the quartet, T.O.K.

“I embrace the opportunity to completely express myself without any form of censorship. This is a side of Craigy T which people haven’t seen in quite some time. I felt it was time I reminded them.” Craigy added

The artiste is also gearing up to release another single on his GafJam records label called “Stop Chat” later this month. Craigy T will be releasing a full length solo album later this year.