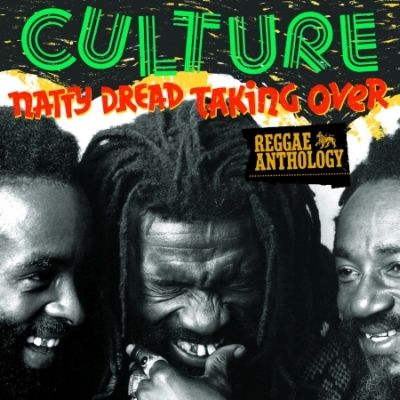 Natty Dread Taking Over, the latest in VP’s celebrated Reggae Anthology series celebrates the life and work of Culture, one of reggae music’s most iconic groups.

As well as collecting together the very best of their work for foundation producers Joe Gibbs & Sonia Pottinger, the album includes all nine tracks from the legendary Africa Stand Alone album never before available on CD but regarded by many as Culture’s greatest work.

The album also includes four tracks recorded for a 1982 BBC John Peel session, an exclusive dubplate cut for King Jammy on Sleng Teng plus the cream of their later work that along with their global touring brought them worldwide recognition.

Please note a 7×7″ boxset called Sevens Seven Clash will also be released at the same date.