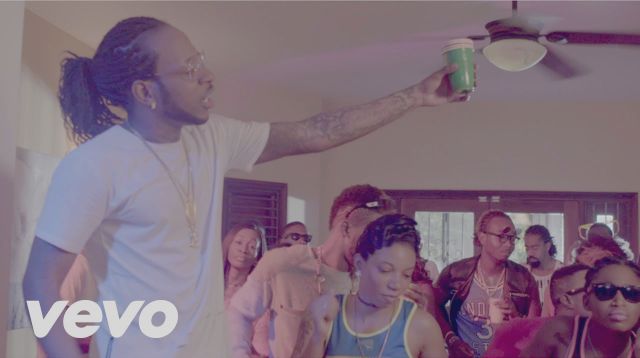 British sensation, Don Andre` is currently on a high with his number one single, Tom Cruise. He has now released his highly anticipated follow up, “Jog”. The video premiered on VEVO with over 50,000 views within its first 24 hours.

Don Andre` is thrilled with the reviews being received for his new single, “Jog is already in full rotation on TV and radio. Fans have been uploading clips doing the new dance move and I am truly grateful for the support, he said”

The “Jog” music video was directed by Damaniac Visulaz and shot in location in Cherry Gardens, Jamaica. Don Andre` plays the role of a gardener who throws a house party as soon as his boss departs for vacation.

Don Andre` came to prominence via his remake of the Shabba Ranks classic, “Needle Eye.” His breakthrough single, “Tom Cruise” is undeniably one of the most popular selections locally since the start of the year.

He is booked to appear at Reggae Sumfest, Dream Weekend, Club Amazura (NY) on July 1st, as well as the YMZ concert at the National Stadium alongside “Whip Nae Nae” singer; Silento and Disney star Ross Lynch.