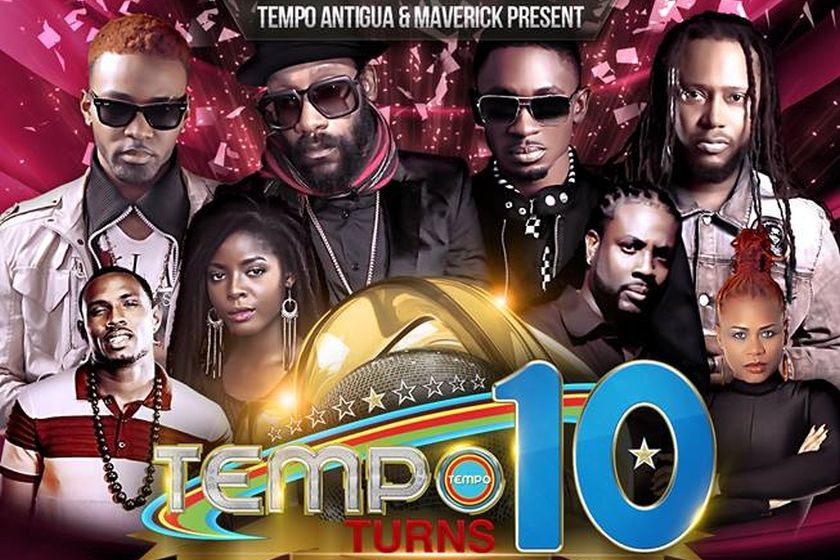 Celebrating this major milestone, Duane will be on hand to perform songs from his catalog that Tempo viewers regard as crucial to all Reggae lovers collections. Songs such as “August Town,” “Ghetto Pain” and the recently released “Cool Runnings” have profound visual treatments which have each received multiple requests from fans across the Caribbean including Antigua & Barbuda to be aired on the network.

Dangerously Roots, the artist’s 3rd studio album, was released in September, 2014 in the #4 position on the Billboard charts, and has had 2 songs on international charts; “Cool Runnings” and “Good Love.” Having been released in the marketplace for only 3 months, the album continues to have strong sales and solid streams through mediums such as iTunes, Google Play and Spotify. Frederick A. Morton Jr., Founder, Chairman and CEO of TEMPO Networks says “we are thrilled to have Duane Stephenson join the awesome cast of the TEMPO Turns 10 Love Connection show in Antigua on January 31st. Duane is one of the region’s truly magnificent talents known for awesome vocals and soul stirring songs and he has always been a most valued part of the TEMPO Family. Fans will most certainly be in for a treat!”

Tempo Television is the first and only pan-Caribbean media, and entertainment company offering culturally relevant content on-air, online, and on demand (mobile). Genres such as music, cuisine, social awareness and the arts are delivered to global audiences daily. The network is seen in 24 Caribbean islands and in the Tri-State (New York, New Jersey and Connecticut) via Cablevision. Tempo is an important staple in the community. Duane adds “TEMPO has been an ambassador of Caribbean cultural unity, and I am very proud to be a part of TEMPO Turns 10. I feel like a member of the TEMPO family and it is my place to be here celebrating the growth and prosperity of the brand and the family!”

The festivities, which have been dubbed the Love Connection, enjoys the journey Tempo Television has taken to become the Caribbean’s premier source for entertainment, news and highlights of events. Included in that journey is the great contribution of Reggae. Additional artists who will share the stage with Duane includes Tarrus Riley, Christopher Martin, Konshens and Ziggy Ranking. Not leaving out the Soca flavor, artists Tian Winter, Claudette Peters and Asher Otto will also perform.

Duane will also perform in Guyana and Suriname before starting his Dangerously Roots Tour of the Mid-West United States.

Stay up to date with all things Duane Stephenson via Facebook or online www.duanestephensonreggae.com