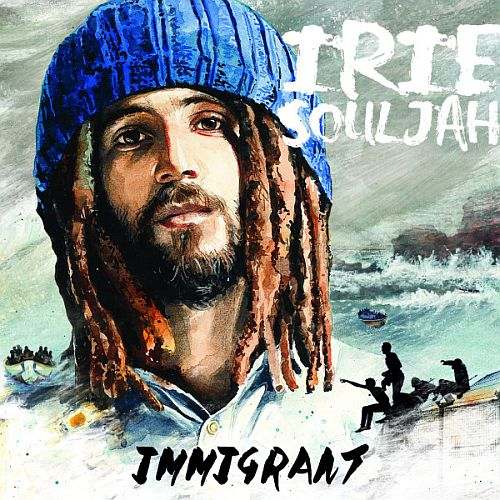 The debut solo album from one of the most prominent talents on the European Reggae scene – Irie Souljah is finally available! Immigrant was recorded in the Jamaican town where this Catalan artist has been residing since 2014.

This work is the product of his new life on the Caribbean island, where he has been warmly welcomed by the local community as well as established Reggae artists and up and coming stars of the so-called ‘Reggae Revival’ scene who have been involved in this album project.

Immigrant consists of 10 tracks and 3 dub versions, written and produced by Irie Souljah who dedicates this work to all the people who have to leave their countries to search for a better life – economically and spiritually, especially those African brothers who struggle to cross borders.

Stand out tracks include the album ‘s first single, Learn and Grow – the video for which has been a great success, the album’s title track Who is the Immigrant, Jah Jah Children Rise Up in collaboration with Jesse Royal, and Inna di Mood, featuring Kabaka Pyramid.

Some of the tracks from Immigrant will have been heard during the tour which took Irie Souljah e Cocoa Tea across Europe last June. Irie Souljah and his Kingston based band the Black Army are already preparing for their new European tour, beginning early 2016.