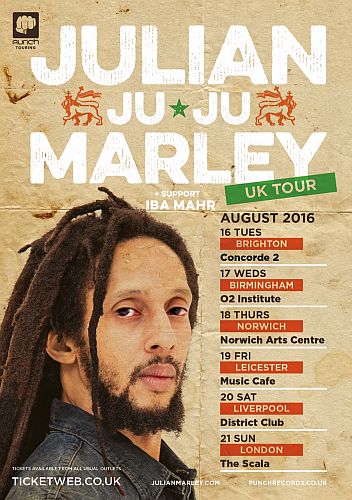 Julian is the son of international music legend Bob Marley and along with brothers, Ziggy, Stephen and Damian he has continued his fathers legacy with quality music and energetic live shows which has seen the message of reggae being pushed to the four corners of the world.

Punch CEO Ammo Talwar MBE says “Julian Marley has many modern musical influences, but has in his heart the authentic roots reggae sound that his father made world famous. This will be an umissable tour for fans of concious reggae and those wanting to ee real reggae royalty live on stage.

Julian added “Im so excited to be coming back home for my first UK tour with my full band.”