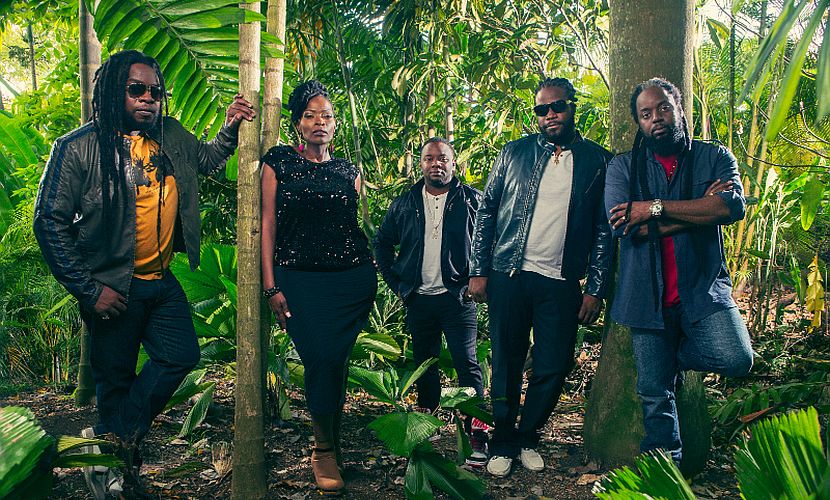 The 2016 IRAWMA Awards took place Sunday, October 2nd, 2016 in Fort Lauderdale, FL. The event established in 1982 acknowledges and honors the accomplishments and contributions of reggae and world music of all facets of the industry.

The Royal Family of Reggae Morgan Heritage who will undoubtedly go down as legends, on par with such greats as the Rolling Stones, won the IRAWMA Awards for Best Album for “Strictly Roots”. The Grammy award-winning album that has been deemed a bonafide classic by both music industry insiders and reggae lovers was the first project produced under their own imprint label CTBC Music Group (Cool To Be Conscious). “Strictly Roots” features an array of 13 memorable tracks fusing on both reggae and dancehall such as the hit single “Perform and Done, Child Of JAH” featuring Chronixx, “Put it On Me”, “Wanna Be Loved” featuring Eric Rachmany of Rebelution, “So Amazing” featuring J Boog, Jemere Morgan & award winning drummer Gil Sharone and “We Are Warriors” featuring Bobby Lee from the Grammy Nominated Reggae Rock band SOJA .

” We are so humbled and proud to have won this award for many reasons. Winning this award as an independent label (CTBC Music Group) is major for us, to receive this type of acknowledgement from our piers and our own reggae community, means just as much to us as the Grammy win. We haven’t been nominated much less win an award in our own reggae community in so many years. It’s good to be back on that stage, and thank you to the IRAWMA. We want to thank the most high for his divine blessings, our family for their sacrifice the industry and our amazing Loyal Royal fans worldwide fans for supporting us over the years. We’d also like to thank our team Wendy Morgan the GM of our label CTBC Music Group, MPR Consulting and all who have worked on this project. Jah is worthy to be praised!!!”

Undoubtedly one of contemporary Reggae’s most powerful forces, the sensational Roots Reggae siblings have been both touring and hard at work on their upcoming 2017 album to be released yet again on their CTBC Music Group label. The latter has already delivered their first hit single “Selah” produced by renowned musician and producer Phillip “Winta” James which debuted at #34 in the top 200 Reggae singles on iTunes, which was a first for the group and also delivered a breathtaking video filmed around the world. To add to this feat, on the same day as their “Selah” release, CTBC Music Group artist Tiana, the soulful Polynesian sensation from Hawaii debut single “Never Gonna Break Me” also launched in the top 200 Reggae singles on iTunes.

” In 2017 we are looking forward to the release of our new album in the Spring and of course more touring. We are grateful not just for awards but for the on going support from our family, friends and fans. After so many years in the music business, we are appreciative and very thankful. We say Rockaz, Cool To Be Conscious.”