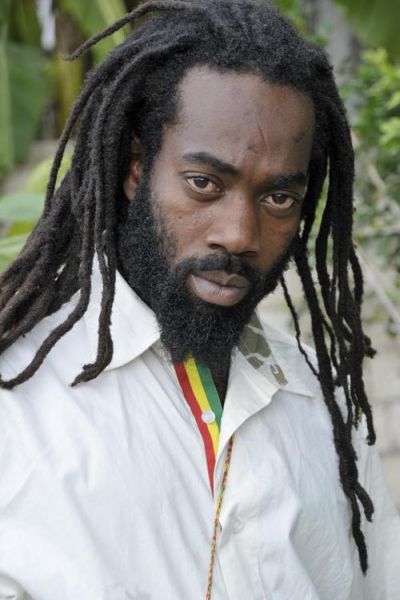 Ras Zacharri is one of the most vibrant, upcoming new reggae artistes straight out of Jamaica. His music is roots reggae with strong messages on spiritual, political and well-being topics, he also has created his own style and genre; rootstep. His popularity is growing each day.

He received the name Zacharri (which means ‘To Be Remembered By Jah’) from his uncle Buju Banton.

Music has been his life since his youth, Zacharri states, “"the age of 4 I was always singing for my mum. When it was dinner time,I would make up a song about dinner time. And I always told her that I will be a singer one day, to which she would just laugh. At the age of ten I wrote my first song and perform it in school and mash up the place. From then I continued, until in the year 2000 I recorded my first track professionally and I have never looked back. Music was always inside of me, like Jah put it there. My mission now is to bring it into the ears of all people and uplift their souls, share messages and bring positive vibrations”".

Recording from the age of 17. He got his first release in 2000 under the name of Dj Bogle with a song called ‘Irish Moss’ on the Stumpy Productions label.

Whilst continuing to DJ on various Jamaican sounds and developing his style, Zacharri became also a very good producer, he worked with and produced some of Jamaica’s most prominent artistes such as Jah Cure, Sizzla, Bounty Killer, Beenie Man, Buju Banton, Assassin…just to name a few.

Zacharri has contributed to many successful international productions including his own Shem-Ha-Boreh label which was the origin of his debut album Herbsman (2009) featuring Luciano, Gregory Isaacs, Natty King. Herbsman received a global response from an eager audience, building him the well earned reputation as real herbalist. Again the second album New Horizon (2011) on his Shem-Ha-Boreh label, featuring Earl Sixteen , Mark Tenn & Tiwony was greatly received.

Since his emergence, Ras Zacharri has graced the stage of Reggae Sun Seine (FR), Sommand (FR), Ostrodo (PL), Reggae Na Piaskach (PL), Waterproof Festival (FR), Festa Del Sole (IT), Night Sky in Zambia, Africa as well as other bookings in, Bulgaria, Slovakia, Slovenia, Czech Rep, Amsterdam and Portugal etc… In all these shows he received an engaging vibe and showed the audience that he had indeed arrived.

When you listen to his music you understand that it have been written to form a connection, to link, spiritually with his listeners and soon we should be able to listen to him as will tour within the US, Canada, Brazil and Australia too.

Zacharri’s music continues to grow popularity, as both a recording and touring artist. He is currently working on a new album on his own Shem-Ha-Boreh label so you can look out for more uplifting and conscious vibes from the ‘Herbsman’.