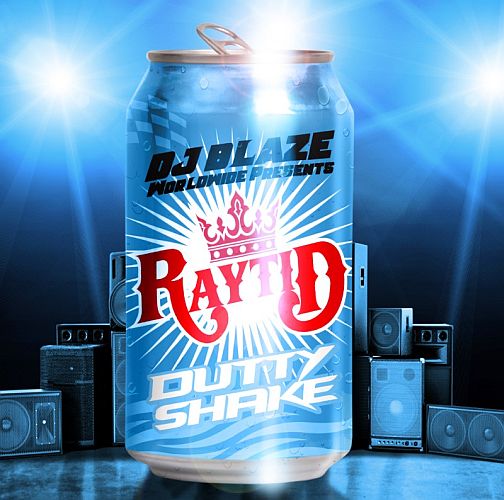 There is no question that Dancehall is bubbling right now! At the forefront of the movement are those tunes that make the crowd go wild….the kind of tunes that the DJ must pull up several times to keep the crowd pleased. Well, “Dutty Shake” is that tune and has been that tune since the fall. Performed by rising Dancehall star Raytid and produced by DJ Blaze Worldwide for Fiyah Blaze Productions, “Dutty Shake” fits all the criteria of a hit and has spawned a tremendous dance craze. And now, the wildly popular tune got an even more eye-catching and awesome music video to showcase it, further carrying out song’s legacy. The “Dutty Shake” video makes its long awaited premiere, appearing on YouTube and popular Dancehall sites.

The “Dutty Shake” video pops, while capturing the raw, alluring essence of Dancehall. The video has a feel that mainstream acts are striving for. Notably, the “Dutty Shake” video puts the “Dance” back in Dancehall, with top dancehall queens (aka DHQs) Sher, Nickeisha, Renee Six Thirty and Nikki demonstrated their intense, invigorating and synchronized interpretations of the “Dutty Shake.” With the young and energetic Raytid at the center of the action, Video Director Damanic Green makes Fort Rocky in the amazing enclave of Port Royal, Jamaica, the ultimate backdrop.

“I love everything about this video…the location, the dancing, the girls, etc.,” says Raytid. “I am amazed at how well the Director shot the video and pulled it all together to properly reflect the ‘Dutty Shake’ movement.”

“I genuinely appreciate the support and love that ‘Dutty Shake’ is getting internationally,” says producer DJ Blaze Worldwide. “Along with street team promotions, radio, publicity and parties, the official music video takes the record to the next level, further exposing its magnitude.” The humbled producer adds, “I have to really shout out all the dancers across the world for posting and sending out dance videos of the tune and/or sheer excitement clips of DJs dropping the tune in a dance and crowd response.”

From dancehalls and radio, to online, print and social media, “Dutty Shake” continues to dominate the Dancehall. Now, the song has red-hot visual representation, which will allow it to eventually shine on TV and video outlets. Thousands of “Dutty Shake” related posts indisputably escalated the song’s online and social media presence. Because of this, the Fiyah Blaze Productions team, along with Raytid, believed that mass premiering the video online, namely on YouTube and top Dancehall sites, was an ideal launch for the video. Currently, a TV debut of the exciting music video is in the works and pending public announcement.