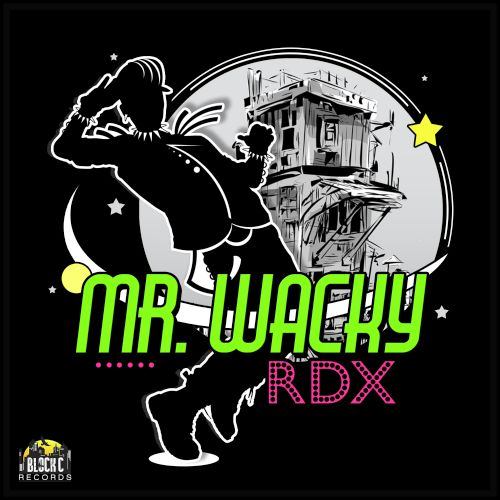 Celebrating ten years in ‘dancing heaven’, RDX thought this year was a perfect one to salute the dancing great, Gerald “Bogle” Levy, the Danchall dancing pioneer in Jamaican culture.

Earlier this year the duo recorded the tribute single ‘ Mr Wacky’ and followed up earlier this month by releasing excellent visuals for the project.

The video itself took more than the normal effort and time as the concept called for individual shoots with a host of local dancers as they performed their varied versions of dances created by Bogle. Four weeks later the ‘Mr Wacky Official video, directed by the duo themselves alongside the assistance of popular music directors Xtreme Arts, is ‘out and bad’!

The video features some of Jamaica’s most popular dancehall dancers, including: Boyzie from Roses, Cojo, Dansa Bling, Shelly Belly, Global Bob, Latonya Stylez, Orville & Shelly Xpressionz, Taz Timeless, Colo Colo, Blazay & Sample 6 (who came out of dancing retirement for the video), as well as Aga & Alevanille from Europe, Kiss Kiss from Japan, Manie Gooch, Famous, Mad Scientist, TC and a host of others.

“We wanted to give those dancers who love and respect Mr. Wacky’s legacy to pay tribute in dance. That being said, watch the video and see who is missing because that may mean their ratings for Bogle is not as they advertised” Delomar of RDX admonished.

The duo’s presence is also noticeably absent in the video, this was actually done deliberately.

"This song & video was done as a mark of respect for the works of “Bogle”, it’s not about RDX, it’s about Gerald Levy so we decided our physical image wasn’t necessary in this video" Renigade of RDX explained.

RDX executed a street premiere of the music video earlier this month at one of Kingston’s popular weekly events Uptown Mondayz and the packed venue thoroughly enjoyed the visuals.

Additionally, The Video has received over 25,000 views since its official release on their RDXVEVO channel a week ago.

Viewers on YouTube have described the video as being; “refreshing to the Dancehall space” and “quite instructional in Bogle dance moves” as well as “excellent quality video production”.

Not new to producing dance singles, RDX has done similar videos for singles like, EVERYBODY DANCE, SKIP and DANCERS ANTHEM among others. For the ‘Mr Wacky’ Video however, the duo has only one request from their fans;

"View the video, if you love Dancehall go watch it, that’s it. It’s a colorful, all energy music video everyone can enjoy" added Renigade.

The duo will be performing in Guyana on October 23rd at the Gravity Lounge in Georgetown and are also making plans for the release of their highly imaginative EP Two Floors Up in early 2016.

The ‘MR WACKY’ and all the latest RDX music videos can be viewed on the RDXVEVO channel on YouTube!

Never Played A 45 Macka B