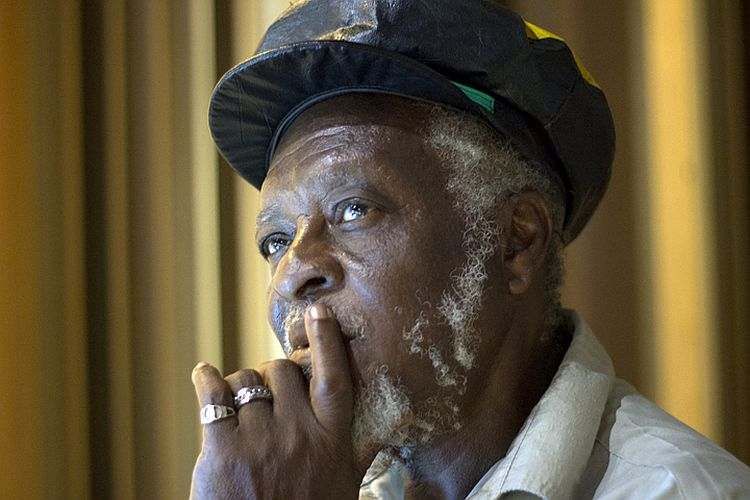 Reggae foundation roots singer Ronnie Davis (Itals and The Tennors original member), is set for the release of his new album titled IYAHCOUSTIC, on August 19, 2016 via Skinny Bwoy Records.

Produced by Singer/Songwriter/Producer Henry “Sadiki” Buckley, Jr., IYAHCOUSTIC showcases Davis in a modern acoustic setting – a departure from the hard-core Rocksteady and Reggae production that’s been the backdrop for most of his works throughout the years.

The album, however, does not stray too far from the potency or from the foundation of Davis, as all the tracks are re-cuts of some of his biggest hits to date. IYACOUSTIC is the singer’s first album of newly recorded material in over twenty years.

IYAHCOUSTIC features 10 tracks + 4 interludes. Track titles include Davis originals such as No Weak Heart, False Leaders and Got to Go Home as well as covers of Fancy Make Up (a duet with Sadiki) and I Won’t Cry.

The album was recorded in Kingston at two of the island’s finest recording facilities – Grafton Studios and Anchor Recording and mixed by Sadiki at his Skinny Bwoy Studio. Mitchum ‘Khan’ Chin (Tarrus Riley, Richie Spice) does all of the acoustic guitar work here, while Congo Billy provides the percussion. Harmony duties went to Pam Hall & Sadiki.
​
Stay tuned to Ronnie’s social media pages, as a European tour is being planned in support of IYAHCOUSTIC. The worldwide album release party will take place in Kingston, Jamaica.

IYAHCOUSTIC will be available for download at iTunes, Amazon and all other leading online digital stores on August 19, 2016.