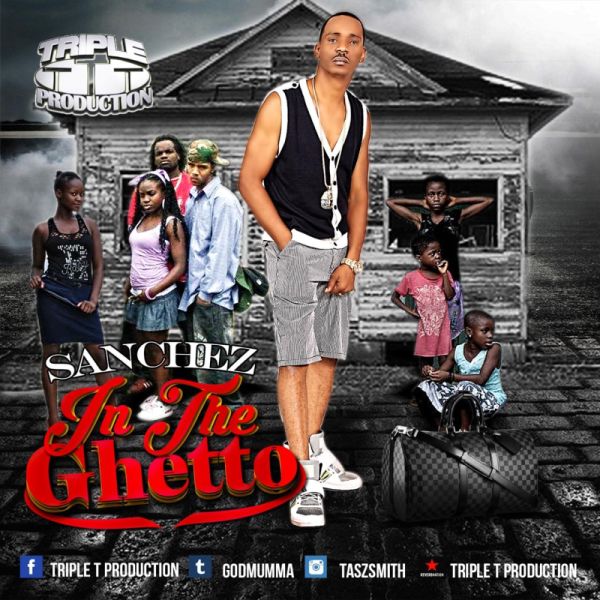 A staple for over the past two decades on the international music scene, Sanchez (Kevin Jackson) epitomizes the genre of Lover’s rock by having covered some of the most romantic songs of all time as well as his own classic lyrics, fusing reggae and R&B. For years Sanchez music as stood the test of time and music lovers were serenaded to an arsenal of hits after hits which led him to the billboard charts. Besides numerous awards and accolades, it was almost a year ago to the date that the city of Miramar in Florida took the time out to honor him and recognize him for his contribution to reggae music and his career accomplishments, May 17th, 2014 was officially proclaimed as Sanchez Day in the City of Miramar.

For the past few years the international reggae crooner has been delivering music sporadically, as well as a critically acclaimed album, but on his latest single titled “In The Ghetto”, Sanchez wants his voice to be heard. The song is a departure from his usual romantic themes as Sanchez belts the familiar words “People, don’t you understand the child needs a helping hand or he’ll grow to be an angry young man some day Take a look at you and me, are we too blind to see, do we simply turn our heads and look the other way”. Speaking of this latest endeavor, Sanchez explained “Every day I hear the news from home to abroad, and it seems like another person died in vain, so many angry people. I am hurting for humanity and the best way for me as a singer to have my say, is with my voice, with lyrics.”, he further added “I grew up listening to this song, I even won an award and a standing ovation in school with my rendition. So when I received the riddim, the words came back to me, It made sense, a hurt child becomes an angry adult, and more often enough society turns a blind eye, especially IN THE GHETTO”.