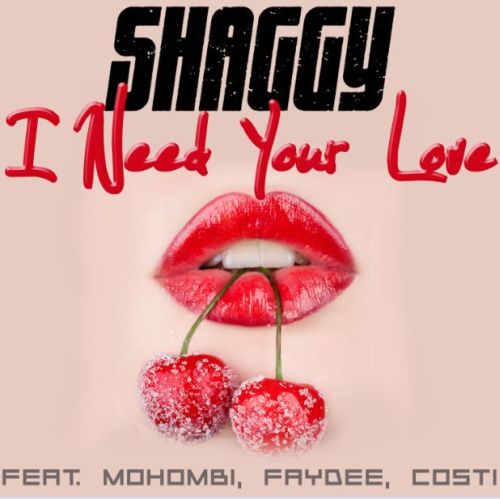 Multi-platinum Grammy award winning musician Shaggy has not stopped presenting his versatile style of reggae and dancehall to a global market in the years since he achieved worldwide success with hits like “Boombastic” and Billboard #1s “It Wasn’t Me” and “Angel.”

Most recently, in collaboration with longtime friend and producer Costi, Shaggy joined forces with Afro-Pop star Mohombi and Australian singer Faydee on the new track “I Need Your Love”. The single was released digitally on December 23rd on the Brooklyn Knights/Ranch Entertainment label, in association with RAL (RED Associated Labels.)

The Single is an international collaboration with artists from 3 continents contributing; video has received over 11 million views.

Shaggy and his collaborators shot the video for “I Need Your Love” during his “Out of Many, One Music” tour this past summer.

Shaggy | “I Need Your Love” video

Director Florin G. Botea filmed the clip on Castellon Coast in Spain. Since its release, the video has received nearly nine million views and Shaggy is really pleased with the overwhelming response.

“We shot the video before and during my performance at Rototom Sunsplash Festival in Spain and the vibe and energy was just great. It was surprising when I got the message that the video had over 800,000 views in less than a week, but it’s a great feeling,” says Shaggy.

“I Need Your Love” features Spanish guitar and percussive elements, accompanied by a punchy tone that definitely gets listeners in a mood to party. Shaggy, as always, stays true to his style and complements the track with his dancehall deejaying style.

Shaggy will be touring internationally throughout 2015, and was recently awarded his sixth Grammy nomination, for Best Reggae Album.