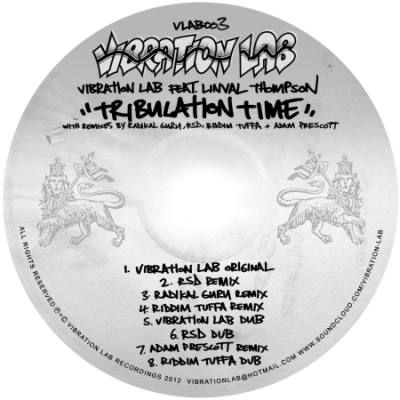 Vibration Lab are proud to present their latest Future Reggae creation, a new and original song by living legend Linval Thompson, one of the most important figures in Reggae music ! With his contributions as a singer, producer and label owner his importance can not be overstated.

This release is Bass Music on a higher level of consciousness! Modern Roots and Subsonic Dub sounds merge with Linval’s sweet emotional vocals that are so relevant in these times. Traditional production techniques coexisting with today’s musical technology.

This package also contains unique and amazing remixes from the very best producers of Rootstep, Digi-Dub, Reggae influenced Dubstep and Future Bass. Pioneers like: RSD and Radikal Guru. Plus the next generation of Dub stars: Riddim Tuffa and Adam Prescott.

The song was voiced at the famous Stingray Studios in London and all mixes were mastered with superior analog equipment at Stardelta Labs, where they have perfected the art of giving digital music warmth and depth.