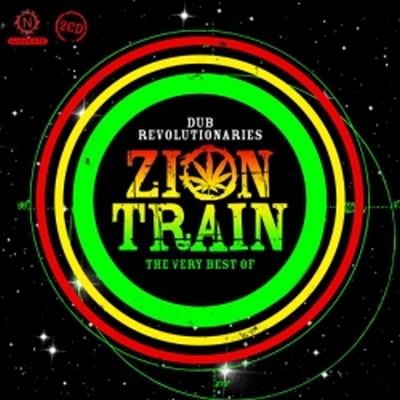 Zion Train are BACK, with a fantastic new collection of all their greatest tracks selected by lifelong Zion Train colleagues – Maken of Warsaw and Les Earthdoctor of Wales

‘Dub Revolutionaries’ collects together classic and rare tracks from this internationally respected dub collective and one of John Peel’s favourite live acts. Beginning as a sound-system in the late 80s, Zion Train fused dub with minimal-techno & global influences to redefine dub music in the 90s. In 2007 they received the recognition they deserved when the greatly anticipated ninth studio album, ‘Live as One’, received the hugely coverted ‘Best Dub Album’ at the Jamaican Reggae Grammys.

Up to now their tours have taken them across the USA, Asia, South America and Europe making them part of the top elite in the Dub scene and one of the most popular dub acts in the world today.

Featuring material from throughout their career this 2CD set was compiled with the bands full cooperation and includes dancehall smashes, vinyl-only rarities and a never before released radio session for John Peel.