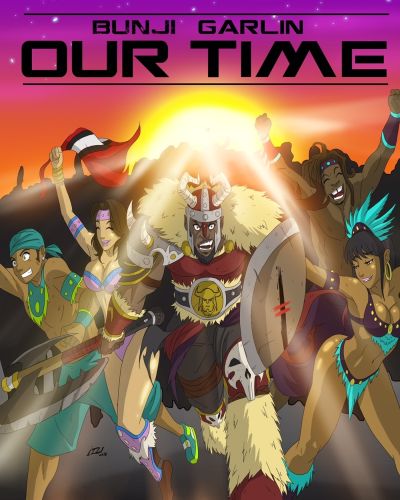 We are a people of culture and strong spiritual beliefs. We move with music as though it is our birthright and as though we are music itself. We are the people of the third world sun that moves to our own beat while the wide world fast forwards through time. All that we know,existed for a century yet still we were left in shadow. Now we live in a time where odds are defied.

Constantly hearing from our own kind that our music and our creatives will never reach anywhere just because of their own lack of resolve and fortitude. We now enjoy a moment where soca music is on mainstream platforms around the world, our creatives are signed to major labels, where we have internationally recognized awards to our music, where internationally recognized print and online media now do reviews and report on ‘A soca album’ and this is just the beginning.

Written by Bunji Garlin and produced by a class producer, Sheriff of Black Ice Studio. Sheriff also produced Differentology, Carnival Tabanca and Cosmopolitan. We present a song that sums it all up.

This is ‘OUR TIME’. With a locally structured version we call the Tapia House Mix and an international structured version called The Sheriff Mix, selectors and overall music listeners can enjoy both vibes of the same song since we are no longer confined to just one form of thinking. Happy new year and go brave into the future because the moment is here. This is OUR TIME.