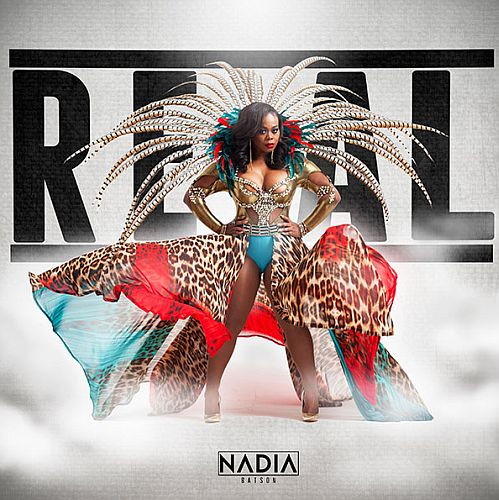 Soca’s superwoman Nadia Batson gets real on her sixth full-length studio effort Real, now available worldwide from all major digital retailers (released February 19, 2016), from FOX FUSE. Born in Tunapuna and based in Arima in Trinidad and Tobago, Real marks Batson’s prolific 10-year anniversary in the soca music industry, during which she has carved an unprecedented niche for herself as a bonafide triple-threat, simultaneously donning the songwriter, performer and producer hats that catapulted her as the ultimate femme fetale in Caribbean music. Her multi-faceted talents have earned her an incomparable spot in the limelight consistently for years now, and Real keeps her atop the the soca throne for years to come.

With a strong international fan base that includes her 50 thousand followers on Instagram alone, Batson has a stronghold on fans of Caribbean music who cherish her bubbly persona, spirited lyrics and determined journey as she accomplishes her goals as an entertainer. “I feel like I am one of the ‘realest’ and most relatable artists coming out of Trinidad,” Batson discloses. “Real not only represents the relationship between me and my fans, it also represents my approach to my craft – the honesty and vulnerability that are evident in my music are what make it, and me, so real.” In addition to her solo journey, Batson is also the lead vocalist of the Caribbean’s top all-female soca band known as SASS Nation, which is celebrating its five-year anniversary this year. She first cut her performing chops as the lead female vocalist of KES The Band in 2005, before leaving to form her own band in 2011.

“On this album, I wanted to bring out the ‘fun’ side of myself,” reveals Batson. “I felt all of the producers and writers who worked on this album with me completely understood the direction I want to take with my music. I thank them for devoting their time, energy and talent, and my gratitude also goes out to all the writers on the album.”

Batson also says Real is really for all her fans. “I decided to put this album out at this time, solely because of my fans. Whatever my fans want, my fans get!” Embodying that sentiment while embracing her longtime professional and personal ethic of keeping things real, Batson is bound to have her best year yet as she continues to slay her way into history books, in Caribbean music and beyond.