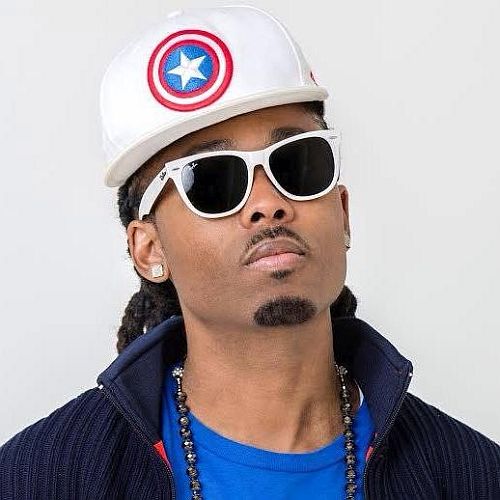 The stars are aligning and the magic’s about to happen. Ever wondered why entertainers commit their lives to making other people happy? “It’s just that. We were placed here to do that- to make everyone happy. That’s just why God blessed us with the talent that we have,” says Allister McQuilkin. He goes by the stage name, ‘Rayzor’ and he’s more than meets the eye. In fact, he’s big news on the Soca circuit in the US, and he’s about to create quite a stir in Trinidad.

Earlier this month, a social media post by one radio station in Trinidad and Tobago, highlighting that Rayzor was ready to bring his vibe to Trinidad and Tobago ahead of Carnival 2017, was met with an elated comment by fellow New York based soca artiste, Yankey Boy. He acknowledged that the new single, ‘De Weekend’ was blowing up in New York city. “This is one of the top 5 2017 Soca songs in New York City, playing right now,” he had said. He was excited to see the song’s graphic posted on the Instagram page of the leading urban radio station in Trinidad and Tobago.

In recent years, New York based soca artistes like Lyrikal, GBM Nutron, Angela Hunte, Patch and Yankey Boy have proven that they can deliver well. They provide fete songs that are given just as much respect as those sung by soca stars based in the Caribbean. Rayzor says he’s preparing himself to be added to this list of valuable soca music contributors. “The New York based soca music fan base is huge. We have people who’ve migrated from all over the Caribbean, who love the music. I’ve been at the frontline of the Request Band in New York for a number of years and I just feel the time is right to return to the epicenter of it all,” said Rayzor recently.

A South Trinidad native, Rayzor credits artistes such as T&T’s Ajala, KMC,Bunji Garlin and soca king, Machel Montano as major influencers in his career. “These guys are pioneers of the genre’s sound. It’s evolved time and time again and as someone who was also influenced by the 90’s dancehall artistes, I have an appreciation for how they’ve merged dancehall and soca in many instances, to create a more global sound. As a matter of fact, there are now so many genre combinations with soca, the music is totally ready for global acceptance,” he said.

Rayzor says he’s really looking forward to becoming a part of the Carnival dynamic in Trinidad and Tobago. Like many other entertainers who aren’t based in T&T, the challenge seems humongous, but he vows that he will not be daunted and promises that no matter what, he will not stop, until he succeeds.