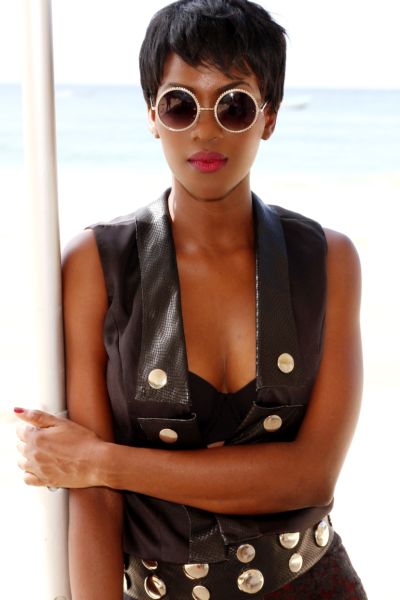 Port-of-Spain, Trinidad. “The world is calling.” It’s a sentiment that has propelled a young Trinidadian vocalist to quit her nine to five job and follow her heart into the unknown. With a voice that she knows, can infectiously please audiences globally, Natasha Benjamin is set to stun many at home in T&T, in the region and across the world, this year and beyond.

With a new song in hand, produced by reputed production house, Millbeatz Entertainment, Benjamin is putting her plan into action. “I performed at a wedding in Portugal recently and it seemed as though all of the women at the wedding were talking about their relationships with men. I was taken aback and it got me to thinking,” said Benjamin. She later contacted writer and producer, Dale Ryan. “I asked Dale to pen a song for me, about that experience. In the end, we came up with a track we called, “Wrong Guys,” laughed the vibrant, young entertainer.

Benjamin’s excitement for what lies ahead is transparent. A bubbly personality and a charm that resonates in the music she creates, is apparent to many who come into contact with her. She hopes she’ll be able to bring that energy to people who hear her music. “Wrong Guys” comes on the heels of her 2014 soca release, “Keep Them Waving,” which was also produced by Millbeatz and saw Benjamin through to the Semi Finals of this year’s International Soca Monarch competition. “It was amazing. It was my first soca track and it got me through to the semis. Now, imagine what can happen next year!” she said.

Benjamin’s go getter attitude has seen her share her voice with thousands around the world. When she left her desk job, the cruise industry called out to her and she’s been lending her entertaining skills to the Princess Cruise Lines ever since. “I’ve seen the world as a result. I’ve been to Africa, the Americas, Europe, Asia, Australia, New Zealand, Antarctica and the islands of the Caribbean,” she said, also highlighting that she’s sung for people from all over the world, who’ve enjoyed every minute of her performances. “I’m just following my heart. I know what I’m capable of and I know what I was placed on this earth to do. This is my way of fulfilling it. When the rest of T&T and the world gets wind of this, they’ll wonder where I’ve been hiding,” she said with a laugh.

Benjamin’s single has already been released. A video for the track will be launched on Synergy TV in Trinidad on September 2nd.