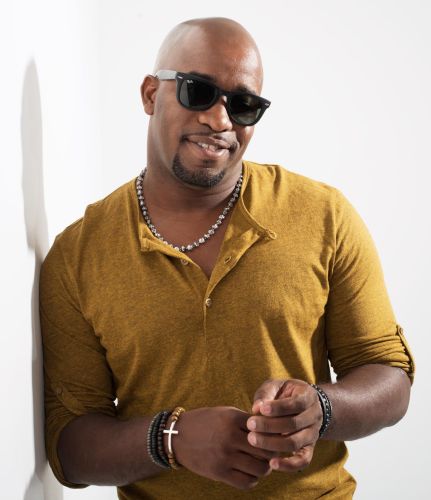 Ahead of Carnival 2016 in Trinidad and Tobago, St. Lucian singer and song-writer Teddyson John has unleashed his groovy Soca contender entitled ‘Allez’ which has already been gaining attention by Soca fans due to its catchy melodious lyrics and danceable instrumentation.

Allez which translates from French to mean ‘get up and go’ encourages listeners to release all negativity, live in the moment and not allow anyone or anything to stand in the way of their happiness, a sentiment shared by the global feting population during the Carnival season.

This call-to-action track was written by Teddyson and Jeremy Jacobs and co-produced by Teddyson alongside Pepi and Sheriff (T&T).

Teddyson who is affectionately called TJ by music fans and industry colleagues brings a wealth of musical experience to his career as a multi-instrumentalist, Soca, Jazz and Gospel performer.

TJ revealed that he also has some upcoming collaborative projects with additional T&T artistes as well as Barbados' De Red Boyz, Dwaingerous and King Bubba.

Even with so many accomplishments under his belt, TJ maintains a humble attitude towards everyone and a willingness to work with his peers in order to boost the industry as a whole.

The hard working entertainer who aspires to collaborate with artistes the likes of R Kelly, Machel Montano and Destra Garcia, KES, Bunji Garlin and Nadia Batson plans to continue working with Kerwin Dubois and remains very focussed on growing as an all round artiste.

He shared, "I’m dedicated to bettering my craft and being able to touch lives. My goal is to be the face of great music coming out of my island, St. Lucia."

As far as Carnival 2016 is concerned, TJ has several promotional trips planned for T&T and will soon be releasing the spanking new music video for ‘Allez’ to the music-loving masses.