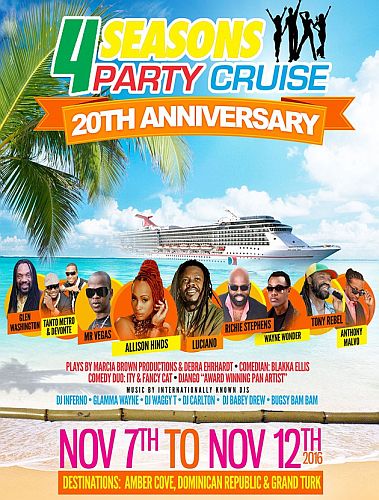 Join the crew for the 4 Seasons Party Cruise 2016 as it sets sail from Miami to Amber Cove, Dominican Republic and Grand Turk, November 7th through the 12th on Carnival Cruise Lines.