Home > Travel > Explore the Wild West of the Caribbean – Cuba 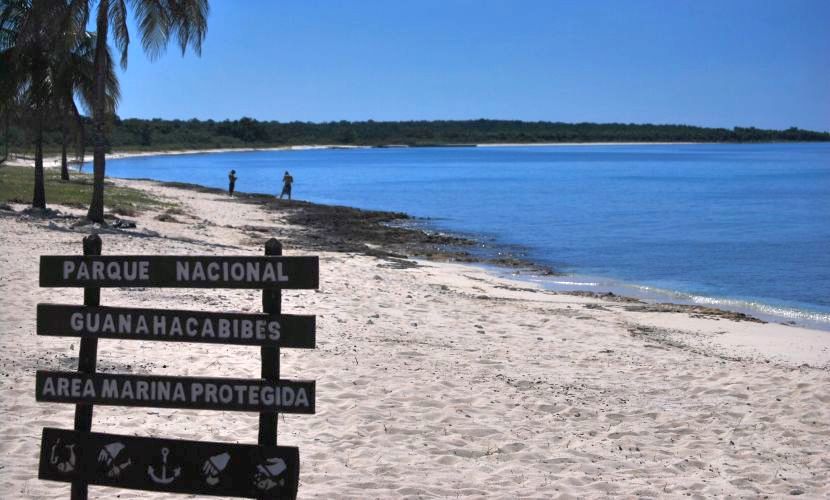 Travel to Cuba and Explore the Wild West of the Caribbean

This October will mark the 54th year of the US embargo against Cuba. While recent polls show that even a majority of Cuban-Americans now strongly oppose this policy, it remains stubbornly in place. The embargo continues to prevent meaningful exchange between our countries. Members of a few scientific, religious and cultural groups are allowed to travel to the island to carry out their work, particularly The Ocean Foundation’s Cuba Marine Research and Conservation Project (CMRC). However, few Americans have seen firsthand the natural wonders that abound along Cuba’s coasts and forests.

Cuba’s 4,000 miles of coastline, large diversity of marine and coastal habitats and high level of endemism make it the envy of the Caribbean. US waters depend on coral, fish and lobster spawn to partially replenish our own ecosystems, nowhere more than in the Florida Keys, the third largest barrier reef in the world. As portrayed in Cuba: The Accidental Eden, a recent Nature/PBS documentary (USA Television) that featured CMRC’s work, much of Cuba’s coastal resources have been spared the deterioration of other Caribbean nations. A low population density, the adoption of organic agriculture after Soviet subsidies disappeared in the early 1990s and a progressive Cuban government approach to coastal development, coupled with the establishment of protected areas, have left much of Cuba’s waters relatively pristine.

CMRC has worked in Cuba since 1998, longer than any other US-based NGO. We work with Cuban research institutions to study the island’s marine resources and assist the country in protecting their ocean and coastal treasures. Despite the challenges that the embargo presents to every aspect of life in Cuba, Cuban scientists are exceptionally well trained and highly professional, and CMRC provides the missing resources and expertise that allow Cubans to continue to study and protect their own resources. We have worked together for almost two decades yet few Americans have seen the stunning areas we study and the fascinating people we work with in Cuba. If the American public could understand what is at stake and see what is being done to protect marine resources downstream, we might just conceive a few new ideas worth implementing here in the US. And in the process of strengthening protection for shared marine resources, relations with our southern brethren might improve, to the benefit of both countries.

Times are changing. In 2009, the Obama administration expanded the authority of the Department of Treasury to allow educational travel to Cuba. These new regulations allow any American, not just scientists, to travel and engage in meaningful dialogue with the Cuban people, provided they do so with a licensed organization that promotes and integrates such exchanges with their work. In January 2014, The Ocean Foundation’s day finally arrived when it received its “People to People” license via its CMRC Program, allowing us to invite an American audience to experience our work up close. American citizens can finally see sea turtle nests at Guanahacabibes National Park and engage with the Cuban scientists who work to protect them, experience manatees feeding on seagrass meadows off Isle of Youth, or coral gardens in some of the healthiest coral reefs in Cuba, off of Maria La Gorda in western Cuba, the Gardens of the Queen in southern Cuba, or by Punta Frances in the Isle of Youth. Travelers can also experience the most authentic Cuba, far away from tourist track, by interacting with fishermen at the rustic and captivating fishing town of Cocodrilo, off the southern coast of the Isle of Youth.

The Ocean Foundation invites you to be a part of these historic trips to Cuba. Our first educational trip takes place from September 9-18, 2014. The trip will take you to Guanahacabibes National Park, the island’s westernmost area and one of the most biologically diverse, pristine and remote nature parks in Cuba. You will assist Cuban scientists from the University of Havana in their green sea turtle monitoring efforts, SCUBA dive in some of the healthiest coral reefs in the Caribbean, and visit the breathtaking Viñales Valley, a UNESCO World Heritage Site. You’ll meet local marine experts, assist sea turtle research, birdwatch, dive or snorkel, and enjoy Havana. You will return with a fresh perspective and a deep appreciation for Cuba’s incredible ecological riches and the people who work so hard to study and protect them.

To receive more information or sign up for this trip