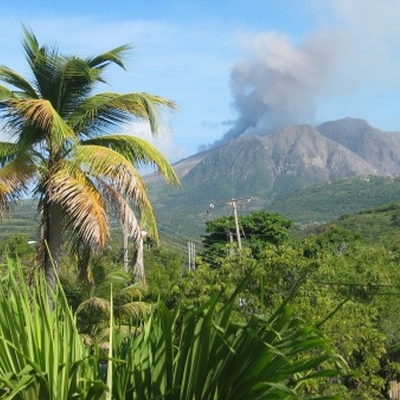 The Caribbean island of Montserrat has re-opened the popular area of Old Towne.

The Caribbean island of Montserrat has re-opened the popular area of Old Towne on its west coast following a decrease in volcanic activity. The area was temporarily evacuated in phases between January and February 2007.

The island’s Scientific Advisory Committee (SAC) has indicated that the risks in this area posed by the active Soufriere Hills Volcano have now been reduced.

The reopening of Old Towne is good news for Montserrat and for tourism, both economically and socially. The area contains around 60 properties, the majority of which are villas and many of which are used for holiday lettings. The extra room capacity provided by these villas will be essential in the run-up to Christmas, which is the busiest time of year on the island. Villa owners renting in other areas of Montserrat will also be permitted to return to their own homes. In addition, the easing of restrictions will also provide jobs once more to those who found themselves out of work in Old Towne when the area was off limits.

The island still operates an ‘exclusion zone’ covering the lower two thirds of Montserrat, beginning at the Belham River Valley, just south of Old Towne. It is illegal to enter this exclusion zone, which includes the island’s capital, Plymouth.

Although the risk has been reduced, the hazards from the volcanic dome remain and people will have to be prepared to move north at short notice if there should be an increase in volcanic activity or the threat of a storm or hurricane. The Vue Pointe Hotel, which is situated in Old Towne, will stay closed to guests until further notice.

The tiny Caribbean island of Montserrat has been suffering the consequences of a series of eruptions from its previously-dormant Soufriere Hills Volcano since it rumbled back into life in 1995. Many villages in the south were buried and transport to the island was cut off when an exclusion zone including the airport was enforced. In the late 1990s, two-thirds of the 12,000 residents left the island, although the population has grown again over the last few years.

By contrast, the north of the island remains lush, green and beautiful, offering spectacular scuba diving, nature hikes and a taste of the Caribbean ‘the way it used to be’, before the introduction of mass tourism.