Home > Travel > Solitary Atoll and Island of Mystery – Explore and discover the island of Anegada. 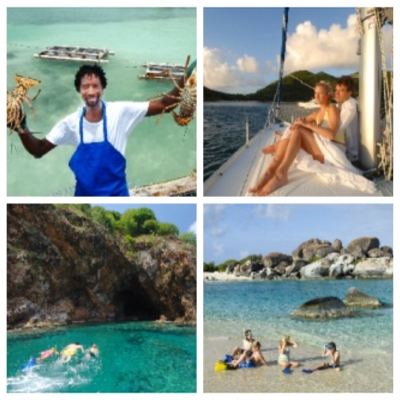 Solitary Atoll and Island of Mystery – Explore and discover the island of Anegada.

Just barely grazing above the surface of a magnificent Technicolor sea – the only height punctuated by pink conch shell ‘mountains’ – the drowned island of Anegada beckons visitors to the isolated north with captivating sunsets turning the normally aqua water a rich golden hue, succulent lobster feasts, challenging sailing outside of the protective Sir Frances Drake Channel and a welcoming remoteness in the form of untouched beaches stretching far beyond the eye’s gaze. Laying directly north of the most easterly appendage of Virgin Gorda and dangling remotely in the Atlantic Ocean, the nearly uninhabited Anegada is so isolated that stroll along the nearly 37 kilometres of uninterrupted beach rarely meets another soul.

Unlike her volcanic siblings, Anegada stands as a flat coral atoll, drenched in level beaches rimming the island and extensive salt ponds in the west. Accessible by private plane, boat or ferry, the island has a main, unpaved road and just one landing strip centred in a tiny cow pasture. Avid sailors test their skills upon sail to Anegada, venturing out of the safe harbour of the Channel into the open waters of the Atlantic Ocean. Unable to rely on sight sailing as in the Channel, sailors seemingly stumble upon the southern shore of the island as it suddenly arises from the ocean swell. Not high enough to share its position in the sea, from the air Anegada is still hardly distinguishable, the only defining feature being the illuminant reef surrounding the entire island.

With less than 200 permanent residents, the entire island operates on the honour system; in fact locals do not even carry a wallet. At Pam’s Kitchen – famous for freshly baked cinnamon buns delivered to sailors at 8 a.m. every morning – the owners leave the kitchen light on at night, opening their pantry up to those who may crave a late-night snack.

Solitary Atoll and Island of Mystery

Anegada is home to more wildlife than humans, boasting an expansive outback sheltering several rare species both plant and animal, including the endangered Anegada rock iguana, the seldom seen ‘air plant’, and frangipani tree that bends and diverts into multiple arms — nature’s version of abstract art. Even the fishing is rare in Anegada, boasting some of the best bonefishing in the world, the elusive, saltwater version of fly-fishing.

The beaches of Anegada are marked by white-sand, waters ranging from crystal clear to almost fluorescent shades of turquoise, succulent plant life and fragrant bay lavender. With the Anegada and Horseshoe Reefs surrounding the island, the shallow waters of Loblolly Bay — with a 27 meter walkout into the ocean — mark the ideal entry point for snorkellers as the waters open up to an explosion of colour and texture, from metallic mojarra fish and shimmering needlefishes to brightly-dressed mantis shrimp found on the sunlit, sandy bottom. Boulder coral and thick strands of branching elkhorn coral form a maze of caves and tunnels in the deeper indigo waters, where more than 200 boats lie beneath with undiscovered treasures sought after by divers from around the world. At Cow Wreck Bay, the white sand is cold underneath feet and the water refreshing.

From the water to the table, the most delectable sea creature is the Anegada Lobster — spiny and spotted without claws but with a tail that claps as fishermen proudly hold their catch up in the air.

Prepared in old oil drums converted into grills the succulent meat is the main attraction at island restaurants from lunch underneath the thatch-roof of Big Bamboo where conch shells are used for doorstops to dinner at Anegada Reef Hotel where secret sauce flows freely, but the native island recipe does not. At Cow Wreck Beach Restaurant & Bar, the iconic dinner item is served on long picnic tables topped with purple lilies picked fresh every morning by the owner.

To discover these secrets and create new ones, visit British Virgin Islands Tourist Board.