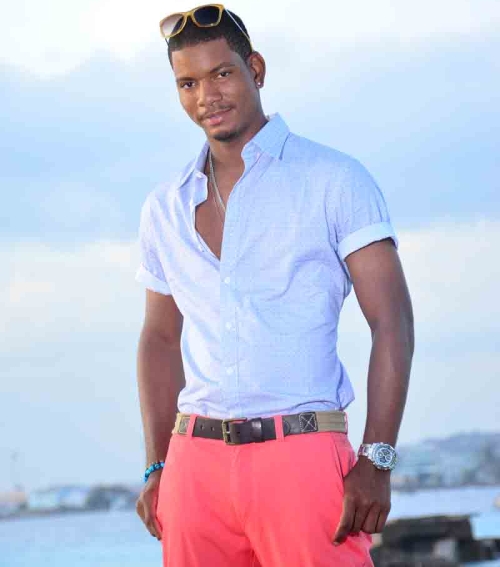 West Indies opening batsman, Kieran Powell, has sealed a deal with the ultra-exclusive Pinneys Plantation Resort, in the Caribbean island of Nevis.

Powell, the dashing cricketer recently described in global media reports as ‘enigmatic,’ will partner with a leading UK-based group of companies, who are set to develop Pinneys.

The deal comes on the heels of a successful ad campaign featuring Powell and a leading national Bank, which is set to air later this month, with the charismatic player also recently re-signing a two year deal with his long-term sponsor, Indian cricketing gear giant, Sareen Sports.

The gifted left-handed batsman, a former student of the exclusive Millfield school in England, is a star undeniably on the rise.

He has even stirred interest from Bollywood film producers out in India, owing to his model good-looks and eloquent mannerisms.

This, despite an unfortunate blow, that resulted in surgery to the finger of the stylish 22-year-old left-handed batsmen two weeks ago, following an injury acquired during a regional match in early April, which has left him out of contention for the 2013 West Indies Champions Trophy squad that will compete in England next month, much to his disappointment.

Powell, however, says he is determined to get back to blistering form quickly and is concentrating hard on becoming fully fit in time for the West Indies’ forthcoming Tri-Nation Tournament against India and Sri Lanka, in late June.

One of the most successful cricketers to emerge out of his native island of Nevis, he made his Test debut against India in 2011 and scored two centuries in a single match during the Test series against Bangladesh in November of last year to become only the first West Indian player since Brian Lara, and the ninth West Indian player in history, to achieve the feat.

Powell has displayed elegance, confidence and maturity beyond his years, which saw him kick off his recent tour of Australia with a sensational knock of 83 (his highest ODI score to-date) during the West Indies v Australia ODI series, in February this year.

But it’s not all about chasing runs and bearing the fruits of his on-field success for this exciting young cricketer. Kieran Powell is also both eager and willing to give back to the game, to his fans, and to the community.

Following the ODI match against Australia at the Sydney Cricket Ground (SCG) during the same tour, Powell took time out to meet and greet cricket fan Callum, (pictured), an 11-year-old patient from Sydney Children’s Hospital in Randwick. The personal invitation from the international star and his Manager for Callum to attend the SCG game was an inspiring experience for the youngster, who is in remission from cancer and had just been through hip replacement surgery.

Powell also recently arranged for a cheque to be presented to the family of former West Indies cricketer and his Leeward Islands teammate, Runako Morton, who was tragically killed in a car crash in 2012.

Despite the buzz surrounding his incredible ability, the end-focus has remained firmly unchanged for the popular batsman. As the world watches in anticipation, the next steps of an exceptionally talented international cricketer, Kieran Powell remains humble, focused, committed and diligent about perfecting his craft and his first love; playing cricket and representing the West Indies.