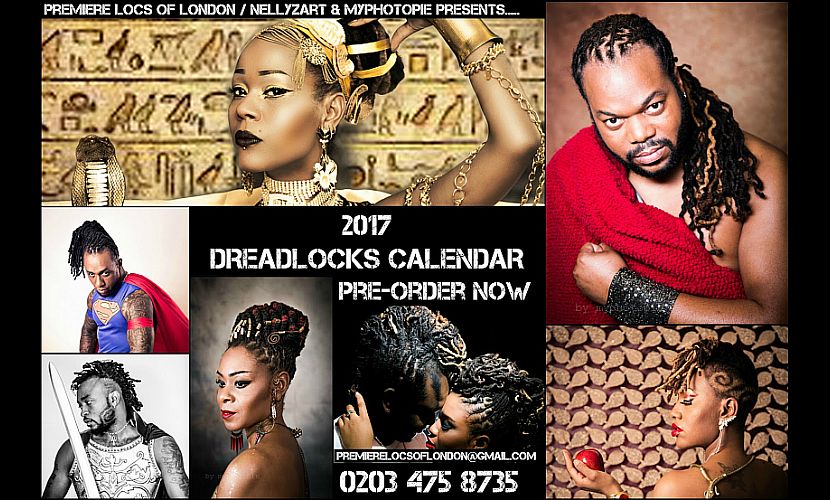 2017 Dreadlocks Calendar ‘Re-Claiming Our Past’

The African Renaissance is the concept that African people and nations shall overcome the current challenges confronting the continent and achieve cultural, scientific, historical and economic renewal. The African Renaissance concept was first articulated by Cheikh Anta Diop in a series of essays beginning in 1946, which are collected in his book Towards the African Renaissance: Essays in Culture and Development, 1946-1960. This concept has been further popularised by former South African President Thabo Mbeki during his term of office, heralding the beginning of The African Renaissance, and it continues to be a key part of the post-apartheid intellectual agenda.

‘’Re-Claiming Our Past’’ – serves as a visual illustration, of aspects of our history that has been sidelined over the years and there has been no visual connection to appreciate these dormant and often forgotten sections our African History.

What do we know about Mansa Musa I? The richest man in history, Emperor of the Great Malian Empire, in the 1300’s his wealth was valued at over 400 Billion (there is no conversion that can actually pinpoint his net worth).

Have you ever heard of Lusius Quietius? Commander of the Imperial Cavalry of the Ramano-Moorish Army: The Black Romans. These are the real Maures, the true Maures, the ones known to the world as the Moors. Their hair was woolly like the hair on sheep-skin,they were all dreadlocks, and fierce warriors. Their skin was dark and beautiful, magnificent like the mystical night. (the term KNIGHT comes from the word NIGHT.) Their teeth were white, like the stars of the southern hemisphere.

They were the master horsemen of yore-days, the original cavalry of the Roman Empire. The Emperor of Rome was beholden to them, because the cavalry division was like the tanks and helicopters units of the modern army. Without them no wars were winnable, with them, victory was a matter of time.

‘’Re-Claiming Our Past’’, is our contribution to the African Renaissance, 12 photos for each month, representing a visual journey of our hidden but once celebrated history.