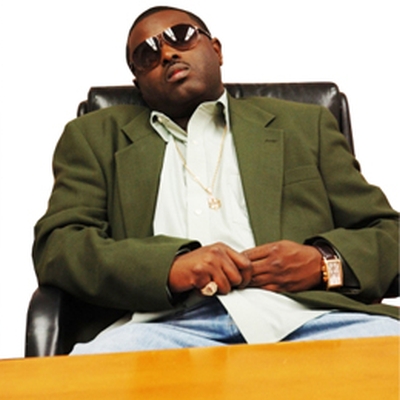 The 2011 Excellence in Music and Entertainment (EME) Awards will again recognize the top performers within the Jamaican Recording Industry. Awards will be handed out in approximately 30 categories including DJ of the Year, Best New Artiste, Song of the Year, Vocalist of the year and Producer of the year among others.

US based Jamerican king of comedy Raymond ‘Rayzor’ Davis, whose rise from struggling local comic in the 1990s to national (USA) touring act with an HBO appearance, has been confirmed as host of the 7th Annual Excellence in Music and Entertainment (EME) Awards, event founder Richard ‘Richie B’ Burgess said in a recent statement. The awards ceremony will be held on Saturday March 12 at The East Lawn of the historical Devon House site, Hope Road, Kingston. Rayzor joins rapper Trina – who was previously announced as an “International Friend of Reggae” honouree – as the first international superstars set to perform at the EME’s this year.

An enthusiastic-sounding Burgess said, “Rayzor’s popularity is very well known and documented. The EME’s got lucky, in that an appearance that he had alongside Cedric The Entertainer was rescheduled. We are extremely happy that this top class comedian, who has such strong Jamaican connection and international appeal will join us this year…People are gonna be in stitches!”

Davis, a first generation Jamaican who was born in Brooklyn N.Y., said “I am very happy and honoured to be asked to host Jamaica’s most prestigious music award show.”

Razor’s first attempt at a career as a comedian was at an audition for “In Living Color,” an American television series which originally ran on the Fox Network in the USA from April 15, 1990 to May 19, 1994.

“My friends and family got on me,” he recalls. “They said, ‘You don’t try out, we don’t want to hear no more jokes from you. That’s it.” He didn’t get the callback he was hoping for but the audition changed the course of his life forever.

After years of honing his craft at Studio 183 in Carol City, he took his act on the road in June 2005 with a knockout five-minute set on the HBO stand up series ‘P Diddy Presents the Bad Boys of Comedy.’ He has since toured all ver the USA and has appeared in music videos for international superstars like Lil Jon and the East Side Boyz, Trina, Ludacris and Fat Joe. Last month, he headlined the Palm Beach Improv and can be found at poetry nights at South Florida venues such as Jade in Miami Beach and the Kola Nut Cafe in North Miami Beach. His new CD, ‘S..t on Digital’ was recently released to rave reviews. He is also set to star in the upcoming independent film ‘Life of the Party,’ a mockumentary set in South Beach. The EME Awards in Jamaica will be another big feather in his cap and he is all to excited to make a positive impact.

“I know that if my mother (a native of Clarendon, Jamaica) were still here, she would be overjoyed that her son was offered an opportunity to host a major event in Jamaica. I relish the opportinity to do this show as I have never done anything of this magnitude in Jamaica before. I have done a few private performances within the hotel circuit but nothing as grand as the EME’s!” he said.

The 2011 Excellence in Music and Entertainment (EME) Awards will again recognize the top performers within the Jamaican Recording Industry. Awards will be handed out in approximately 30 categories including DJ of the Year, Best New Artiste, Song of the Year, Vocalist of the year and Producer of the year among others. Winners will be determined based on their performance on The Weekly Jamaica Music Countdown (Charts), votes via texts and votes at the website.