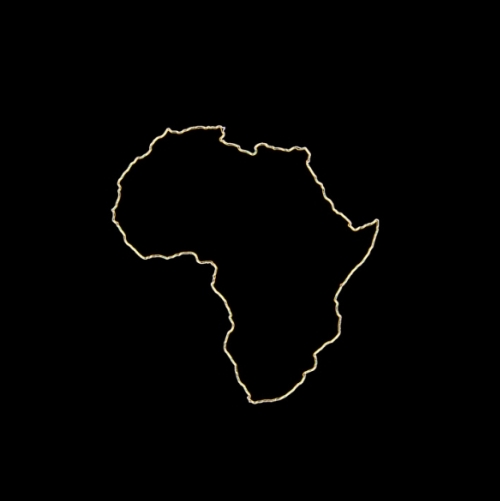 Many, spooks and academics, politicians and musicians, actors and comedians, have begun with the statement, ‘what is wrong with Africa’; with varying degrees of accuracy and honesty. However, beyond writer’s arrogance, Africa is a soft target for all forms of pokes. There is the unfortunate reality of HIV, poverty, bad governance, debt, brain-drain, environmental issues, democracy, human rights; basically if it is bad Africa is number one for it. There is another side which is less focused on: The longest history, the first civilizations, the riches cultural diversity, some of the most resistance people, Godliness, ethnic and religious coexistence, a landscape of unparallel beauty, home to amazing bio-diversity; A list, which far out weights the casualty list.

Historically Africa has been forced into the narrow distorted Eurocentric prism. Thus to whisper the name Africa is to conjure up the darkest aspect of humanity. However, Eurocentric does not mean solely the views of European people, as many Africans are active agents in this contemptuous view of Africa. Ethiopia, the Jewel of Africa celebrating 1000’s of years of continuous history, has become a byword for drought. Uganda, the green lush heart of Africa is renowned for the notorious Idi Amin. Actually African history, according to Europe, only began with their arrival. Thus in linguistics we see terms like Pre-Colonial Africa, as if their presents in Africa’s 160,000 year history denotes an ‘AD, BC’ epoch. Africans went from Fulani, Fon, Asanti, Igbo, Baka, Mandika, Mursi, Amhara, to ‘black’, a single color. And as a color associated with evil and backwardness ‘black people’ had no history and no geographical home. All of this is not a reflection of opinions at the turn of the century, but views held today, taught and disseminated in schools, universities, books, and the like.

The dominant global voice on and for Africa is usually the very group of people who inflicted and continue to inflict injury on Africa. These voices drown out the expertise of the very Africans themselves. A list of popular films on Africa reveal: The Devil Came on Horseback, Blood Diamonds (Doc and film), Red Dawn, In My Country, Catch A Fire, Darwin’s Nightmare, Tsotsi, Cry Freedom, the list goes on: Not one single film in popular circles is owned or controlled by African people; not even written or directed by Africans. The concept of African Production studios delivering international products is virtually nil. A brief browse of a bookstore in the Africa section reveals Basil Davidson, John Reader, J.D. Fage, what they all have in common is they are not African. It can be argued Basil Davidson has done a lot for African history but why is it always someone other than the African running African history or profiting from African culture? Shouldn’t the biggest name on African themed films be an African, shouldn’t the biggest author on African history be an African? Shouldn’t the biggest voice on famine and other ills of Africa be an African? Today the spokesperson for Africa comes in the form of Bono, Geldof and even the young Miss Portman. Now sincerity of these individuals aside, Africa needs all the help it can get, but why are the Africans fighting for Africa still in the shadow, and why is it the Africans we do get to know about always those sanctioned by European? The key issue is self-determination, people’s rights to determine and be agents of their own reality. The lack of this is evident by European domination of all aspects of the African reality. And the issue of blame is critical in culling this problem, but Europe’s hands in this is not a solo mission. Millionaires’ pop up day and night in the music industry, the Beyonce’s, the 50 Cents, yet their shallow materialistic objectives mean they are just a bigger cash-cow for European business. Some have tried, Oprah, being new to this circle, but unless it is a sustained collective effort, underdevelopment and the issue of domination will always be a reality.

Africa isn’t only challenged by external enemies, it also has an elaborate catalogue of internal demons to deal with. There are the obvious dictators who make fine targets for silly Hollywood films. But there is also the collaborators who are protected from tarnish by the foreign interest they serve. There is another group who escape most critiques, the false saviors; who at the surface have the facade of saints by the intention of devils. Unlike the aforementioned, they have positive surface benefits for Africa but the self-fulfilling agendas means Africa’s success is a cheaply traded commodity, which is ascended by ego and personal gain. This group comes in all colors black, white, red and yellow. They hide behind religion, Afrocentricity, charity, and even Pan-Africanism.

One example of this is those who appear to cheer the African cause but are agents of contempt and hate politics. Their language is against the Muslims, or the Christians, the very majority of Africa. Their bases for success are two, people’s emotional vulnerability and their inherent ignorance of Africa. Thus, Darfur is re-packaged and exploited as ‘evil Arabs’ verse ‘black Africans’, a reality remote to Darfur. This does not neglect elements of truth, for the best lies have their roots in truth. The final question is who gains the most, whose thunderous applause are we hearing? Their aim is to poke internal fires and burn Africa by its strongest element — diversity. The fruit of this is suspicion, thus people are unable to unite and honestly challenge, collectively, Africa’s problems. Dishonest scholars have always been quick to label the ills of Africa on ‘foreign’ religions. Religion, like language, technology and culture exist in global space, this is a fact of human history. The very definition of structured religion implies global adherence; popularity is not a sin. The misuse of religion in Africa is vulgarly inexcusable but this does not invalidate religion in African life. A knife is a useful tool but sometimes it is used to kill, this doesn’t justify getting rid of the knife, but moreover examine how it came to be misused and setting up preventive systems. Thus blaming Christianity for the African Holocaust is like blaming the knife, a tool, for a homicide. Anything in the hands of the malicious and the greedy can be arrested from its intended course and used in perverse fashions. The cults of Dahomey’s Agbome capital testify to brutality of human sacrifice unseen in most of Africa. And when slaving boomed the well-meaning indigenous systems, which were used for controlling social ills, were abused and used lavishly to justify enslavement. Therefore, it didnâ€™t take the religion of Islam or Christianity to speed the destruction of West Africa. West Africa under those indigenous systems exported the highest number of Africans. So it is strange how â€˜Westernâ€™ religion is suppose to be the vice that enslaved Africans. If the Europeans were all practicing Voodoo the result in West Africa would be the same. There is no denying how religion was used to keep Africans in mental bondage, but this is not the Christian faith, but moreover Europeans using Christianity as a tool of oppression, the same way America is using democracy for the last half century, or how Islam is/was used to spread Arabism. Failing to poison the root of a weed means the weeds will come back. The self-satisfying blame needs to be curbed as it has brought nothing to revolution, by its very nature it is counter-revolutionary. And blaming what is undeserving of blame means those weak traitors who had a pact with Europe will continue to run free in the 21st century. Because the archetype of those who ‘sold out’ 500 Years ago, are the same ones active in Africa’s destruction. Examining the eye when the stomach is ill will bring no cure.

The observable death of indigenous African names, African dress or even African languages is an issue. This issue could be a result of unilaterally cultural influences or cross-fertilization. Assigning false blame is just as perverse, for in mislabeling you destroy the process of curing the ailment. The discussion point for culture, which floats from a rooted anchor, is how do we preserve cultural integrity while allowing for the natural dynamic changes all evolving cultures go through. The preservation of an African cultural axis does not need to exist in theoretical space as we have living examples in Ethiopia, Mali, Nigeria and Ghana for example.

Pan-Africanism allows for progressive learning, borrowing and upgrading without tarnishing the inherent uniqueness of Africa. Moreover, along these lines Africa must look if a unique and prosperous Africa is to be there in the future.

Â½ revolutions and Â¼ plans have been proven to bring nothing. The entire repatriation of the Rasta community to Ethiopia has brought next to nil development to the area, if anything it has added to the problems. So if this well written idea failed to deliver anything tangible for Africa what was wrong? Because all over the world there are success stories, so success can be weighted and must be weighted. The feedback mechanism has failed in Africa, because for decades they have been none. Ideas are tested in real time without any form of review, or new input. The religious journey to the Motherland if not seriously locked to an economic ideology is a waste of time. Thus, we see Shashemane in serious underdevelopment despite all the cute Reggae songs about ‘Go back to Africa.’ And on the issue of revolution we must be careful not to confuse entertainment and inspiration music, which is needed, with serious nation building. It will be, and never has been musicians that have built any great nation, turning back histories pages shows, thinkers, engineers, politicians and warriors. So it is worrying when every African-American child wants to be the next pop singing clown.

For Africans, Africa must be the reality but truth must be the centre, loyalty to any other deity or cause will be fruitless. And we must by definition insure that Africa, if to continue in greatness must have a moral compass which we never deviate from. Africa has birthed us and has been a loyal Mother, through the worst Holocaust in history, through the new genocides and still when the word Africa is whispered we remember the Kings and Sultans of old who roamed this land, defining civilization and all the glory we have and are yet to inherit.

OWEN ‘ALIK SHAHADAH: is a multi-award winning critically acclaimed film director, and cultural writer. He authors work, which deal with African history, social justice, self-determination, environmental issues, education and world peace. Shahadah is of a new generation of African Diaspora filmmakers inspired by the likes of Ousmane SembÃ¨ne and Haile Gerima. He produces work that articulates a multidimensional African world perspective. Testimony to this is the seminal documentary film 500 Years Later and his current film in production MOTHERLAND; a sweeping epic film about the African continent. His influential paper on Linguistics for a New African reality was adopted as the linguistic ethos for the African Code.