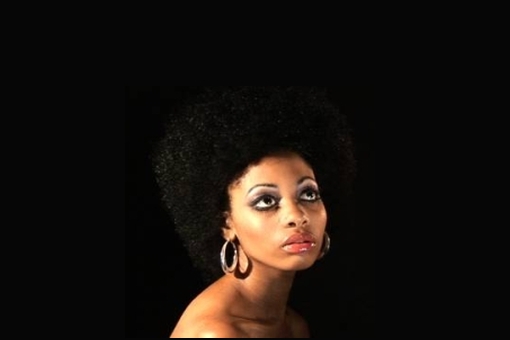 Mark Currie and Rachel Wang, the young principals of London based Chocolate Films, have produced and directed a sharp and funny observational documentary that follows four hair salons as they prepare for the biggest Afro-hair competition in the UK.

The film features Angela, a braid stylist to the stars; Wayne and Cyndia, who are the leading junior stylists at the UK’s biggest chain of Afro hair salons; George and Apple, a Thai husband and wife team obsessed with Afro hair; and Michael, Birmingham’s leading Afro stylist who is out to beat the all-powerful London salons. Afro Saxons follows all of these stylists as they enter the Black Beauty and Hair awards – the most competitive Afro hair competition in the UK.

“Afro Saxons is a story set within the black British community which is not about guns, drugs, gangs or any of the regular filmic clichés”, comment co-directors Mark Currie and Rachel Wang. “As filmmakers we are passionate about portraying a realistic vision of contemporary black British culture. The one place where all sectors of the black British community converge is in the Afro hair salon. We find the creativity and diversity of Afro hair-styles to be visually arresting and have shot a film that showcases the work, and pay respect to the effort and skill of the artists that create it.”

Afro Saxons, a warm, inspirational and touching film that delves into the professional and home lives of the stylists while they express them selves with mind-blowing gravity-defying hair designs.

Chocolate Films is an independent production company that focuses on community film projects and human-interest stories. Their ethos is to make films that change and inspire people’s lives on a local level.

Black British filmmaker Rachel Wang teamed up with writer/director Mark Currie 7 years ago to form Chocolate Films to develop and create their own projects. Over the years they have directed and produced award-winning short dramas and Documentaries as well as community film projects. Their most recent short drama ‘Heyday’ was accepted into over 20 film festivals worldwide and won 3 awards. Last year it was nominated for Best Short Film for the Race in the Media Awards and is currently being distributed in the US.

Much of their documentary work is about the diverse array of peoples and Communities who live and work in London. They enjoy crafting bold true stories about the lives of local people allowing them to have universal impact in their films. Afro Saxons is their debut feature length documentary.