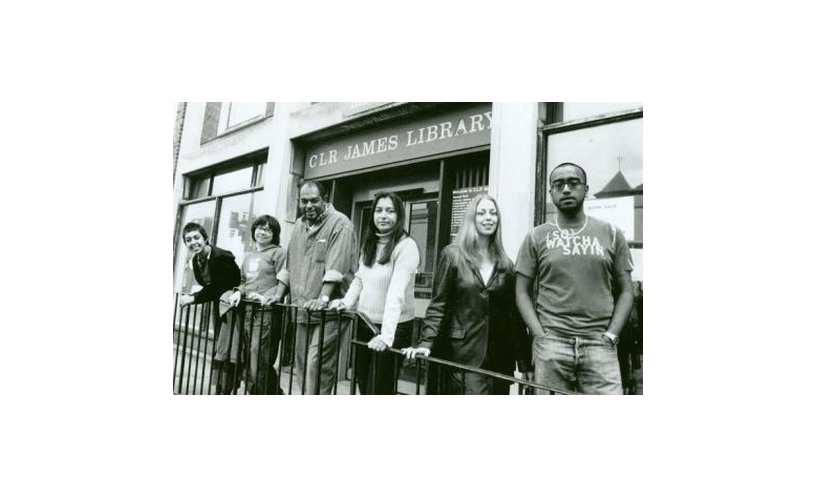 Babel Junction is a bold and original new writing project from Maya Productions.

Five writers from different cultural backgrounds were commissioned to work together to create Babel Junction, a play which speaks in chorus of different tongues to reflect the diversity of faith, culture and identity within Hackney. A collaborative play to celebrate a rich tapestry of voices and communities living side by side as well as dramatically exploring conflicts of identity, family and social integration.

Babel Junction is set in Dalston, a melting pot of many cultures and faiths where everyday life collides with hopes, dreams and the supernatural. It provides the ideal backdrop for a play which explores how culture, religion and faith shape our 21st century perceptions and experience.

Jessica Smerin and Akkas Al-Ali are young and upcoming playwrights. Akkas has been part of the Royal Court Young Writer’s programme. Stacy Makishi is a Hawaiian poet and live performance artist and Samina Baig has written for film, theatre and radio. Michael McMillan is an artist and writer, his installation; the West Indian Front Room was on show at The Geffrye Museum. His work for TV and Radio includes On Duty for Channel 4 and Blood for Britain for Radio 4. Stacy Makishi, Akkas Al-Ali and Michael McMillan all live in East London.
Review
On paper, the recipe that created the play Babel Junction seemed like nothing short of a tall order: take 5 aspiring playwrights from very different backgrounds, throw into the pot issues of religion, race and culture, set it in Hackney – one of London’s most multi-cultured of boroughs, bring the mix to boil then taste to see how the different flavours balance each other out. Or not. This wasn’t going to be an easy thing to pull off I felt, and it was with some trepidation that I took my seat in the Bullion Theatre to see how it would all pull together. In short, how were director Suzanne Gorman and the ensemble of writers and players, going to make sense of socio-cultural babel? At what point would the push and pull of wildly divergent notions of faith, nature and nurture find their common juncture in coherent gripping theatre?

Happily, the drama that unfolded surpassed my expectations with well-drawn, lively characters that you believed in and cared about, placed in challenging situations that constantly made you (and the characters) reassess your ideas of religion, race and culture. It is a sharply observed portrait of damaged lives inadvertently finding and interacting with each other to find salvation and succour in the most unlikely of places.

The story revolves around Hackney district nurse Evelyn Brewster who, on suffering a miscarriage, finds the ghost of her Tante Melda beginning to take over her own consciousness. Her quest for motherhood (and identity) seems fulfilled by a dream child that she calls Faith (‘I’ve found my faith’ becomes her constant mantra as she loses more of herself to Tante Melda), but this unhinges her, forcing her ex-patient Chava and her boyfriend Fez, karaoke singer Pukalani Crow, and kebab shop owner Kerim to confront and make peace with their own demons.

Credit must be given to the strength of the writing. It would have been all too easy to settle for stock depictions of the tensions that drive these characters. But the writers were very canny in avoiding clichés. For instance, the subtleties of different approaches to Islam are explored in the interaction between the two Muslim men in the play. Fez is Moroccan, in his early twenties and embodies the pressures of remaining true to Islam and family while wanting to be young and trendy. He faces off with Turkish Kerim who is about 10 years older and has hidden depths that are not immediately obvious to Fez or indeed to the audience including the fact that he has a daughter by a white woman and who he has never seen. Another instance that shows how much work went into developing the writing is in the relationship between Fez and his Jewish girlfriend Chava. She is ‘lost’ to her parents because of her relationship with Fez, the tragedy of which is that she becomes isolated, fearing his culture. He in turn does not understand her fears and doesn’t see her for what she really is – “she ain’t white, she’s Jewish” he says. Then there is the unlikely love union and mutual salvation for Evelyn and Pukalani, a karaoke singer who has a wig fetish and a thing about taxidermy. To say too much more about the stories within the play would be spoiling the voyage of discovery for anyone who has yet to see it.

Special mention must also be given to Paul Burgess’ ingenious set design. While most of the action takes place in Kerim’s kebab shop, different levels of the stage represent the different settings pertinent to each of the characters. Kerim’s kebab shop is stage right, with an elevated section behind that representing Pukalani Crow’s living room. Diaphanous gauze hides a biblical setting behind this which becomes apparent when the lighting is trained in that direction. Stage left is Fez and Chava’s bedsit and to the left of that, the street. I especially liked the way in which the action from the previous scene was allowed to unfold, without words, thereby relaying more information about the characters and driving the story forward even though the main action (and the next scene) was focused elsewhere. One story, literally, overlaps the next story moving the action seamlessly from street, to café, to house.

If I have one little quibble it is that some of the resolutions to the character’s tussles with themselves and external forces seemed a bit too pat and shoe-horned into the script in an attempt to tie up loose ends. I felt this especially in the case of Chava, where a face off with an angel carried more than a hefty dose of a deus ex machina resolution to her story. That aside Babel Junction was well worth my journey across town from West London and treats heavy subjects with humour, pathos, intelligence and conviction. All the things you would desire in great and beautifully realised drama.