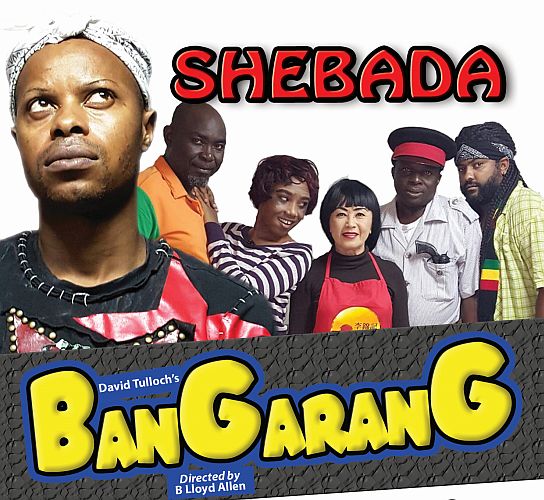 Set on Princess St in the heart of downtown Kingston’s commercial district Bangarang pointedly satirises a number of Jamaica’s social and political issues, from classism and corruption to prostitution and political violence.

The comedic relief provided by a well-matched cast belies the drama which eventually unfolds, a ‘mix-up and blender’ of epic proportions.

Especially with what’s going on with the politics and everything that’s in place, how they use the garrison areas, how politicians try to usurp the power after the death of the area don, and so on,Topics that needed to be explored.”
People who come out to see Bangarang will relate to it immediately, because a lot of this is an everyday reality for many in downtown Jamaica