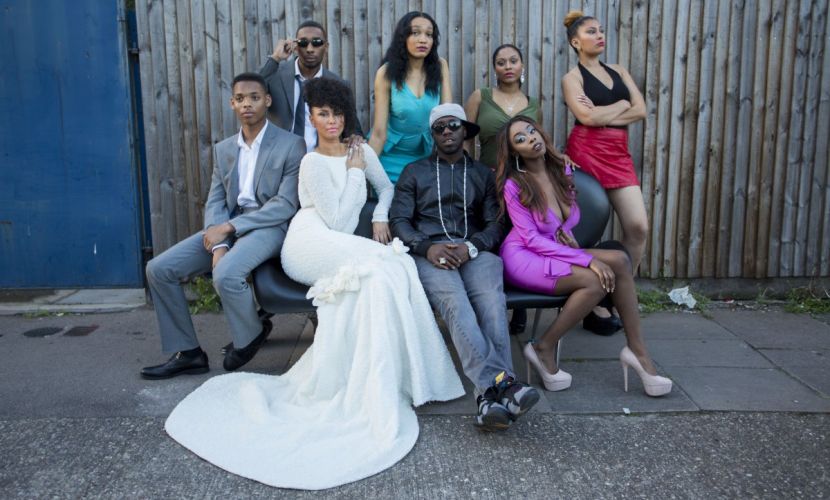 The hopes, dreams, and every-day problems of young Black women in today’s Britain are shown at their most honest, and most hilarious, in Bashment Housewives on Sunday 5 October, as sensational playwright Tennesa Young brings her latest creation to The Drum.

Bashment Housewives is an explosive, ghetto-fabulous rags-to-riches comedy following the lifestyles of four competitive young women wanting to live a life full of luxury, having worked their way out of their old neighborhoods and into the entertainment business. Leaving their old lives behind, they each now live up-scale lives of wealth and indulgence, but find some parts of their old lives are harder to shake than they realised…

Nothing in life comes for free, and we follow their struggles facing relationship challenges, financial difficulties, and arguments with their suffering hubbies! With an all-star cast including Debbie Diamond and Birmingham’s own DJ Countryman, this side-splitting comedy proves money makes the world go round, but money can’t buy you Love!

Bashment Housewives is the latest pieces from dynamic playwright Tennesa Young, a rising star in the UK Theatre scene with a well-earned reputation for pulling no punches and presenting stark, honest portrayals of the lives of young black people in modern Britain. Her first play, Voice of the Youth, was first performed at The Drum to sell-out audiences, followed by compelling drug-dealing drama Pimps and Riches, again to sell-out success.