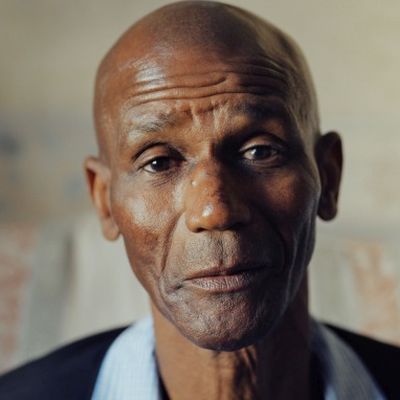 The Browning of Britannia is a new BFI Southbank commission by British artist of Jamaican descent, Faisal Abdu’Allah, which tells the extraordinary life of Ago Piero Ajano.

Presented as a video installation, it is the result of three years of research into the fascinating and mysterious life events of this man whose representative claims is part of the British Royal Family. The installation runs in the Gallery at BFI Southbank from 14 February until 18 May 2008.

The story was first brought to Abdu’Allah’s attention by Ago’s ‘power of attorney’, who was steadfastly convinced that ‘His Royal Highness’ Ago is a direct descendant of King Edward VIII. Today, after having led a lavish lifestyle in London in the ’80s, Ago is penniless and lives in a modest council flat.

Ago Piero Ajano’s life in many ways exemplifies Abdu’Allah’s concerns with ideas of truth and fiction, present in his previous work, with his aim to challenge authority. The commission has allowed the artist to develop his work through the use of the moving image, and to collaborate with Big Hug Ltd, an award winning production company which aims to portray the lives and experiences of black people in the UK.

The installation offers Ago the opportunity to tell the story of who he was, and who he has become. His tale of a lost fortune and an uncertain lineage is narrated by the man himself, illustrated by documents and photographs from his past, fleshed out through conversations with friends and acquaintances from his heyday, and constructing a complex story with questions of truth at its core.

The Browning of Britannia portrays the subject in a sculptural and poetic manner; a multifaceted account of a life which defies logic and challenges knowledge and truth. Born in London in 1969 to Jamaican parents, Faisal Abdu’Allah grew up in Harlesden. He works primarily in photography, screen print and installations. After studying at Central St Martins and the Royal College of Art, Abdu’Allah made a living with his own barbershop whilst working as an artist and exhibiting internationally.

After graduating he quickly established himself as an artist interested in confrontation and displacement. He has received several international art awards and was artist in residence at the Serpentine Gallery and Tate during 2007. He is a senior lecturer in Fine Art at the University of East London. Central to the development of his art practice was his conversion to the Islamic faith in 1991.