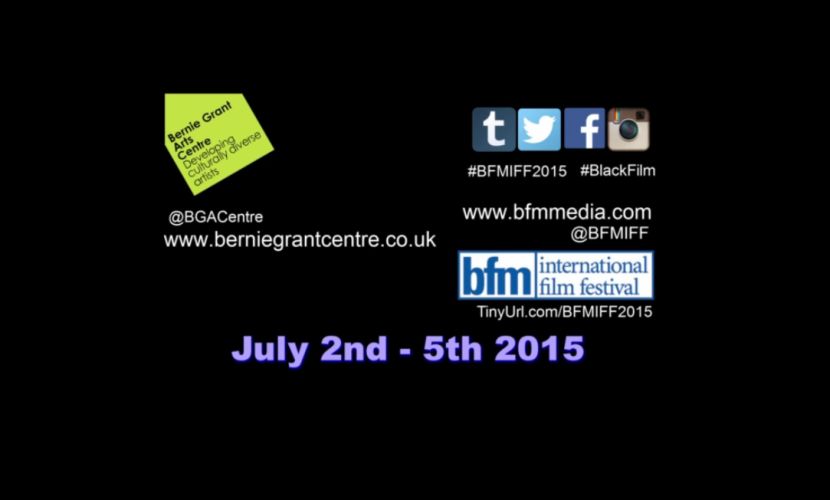 CaribBe TV is proud to present a world class selection of Caribbean Films and Movies, including UK Premieres to be screened at the Bernie Grant Arts Centre in Tottenham, North London as part of the Black Film Makers International Festival (BFMIFF 2015) and the Film Caribbean UK 2015 Summer Series from July 2 through August 29, 2015.

CaribBe TV, the premier multi-media platform streaming Caribbean Television & Films, live and on-demand, directly to the UK, has partnered with the organisers of BFMIFF 2015 and Film Caribbean UK 2015 Summer Series, offering London residents and visitors the opportunity to enjoy a number of top Caribbean productions on the Big Screen.

At the opening night of BFMIFF 2015, Thursday, July 2, the festival director, Menelik Shabazz (who is originally from Barbados) will be showing his latest production Looking For Love, to be followed by the UK Premiere of Kingston Paradise by Jamaican director Mary Wells on Friday night, July 3. Screening of the Antiguan thriller The Skin on Saturday morning, July 4, then the documentary about Afro-Caribbean culture in Brazil, Fan Do Brasil by Trinidadian film maker Steve James, on the last day of the festival, Sunday morning, July 5.

Since a weekend is not long enough to showcase so many great productions coming out from the region these days, CaribBe TV has partnered with the organizers of Film Caribbean UK 2015 Summer Season, Sankofa Televisual, that will include the UK Premiere of a number of films, such as the short film Soucouyant from St. Lucia, and the first full feature film from Curaçao, Sensei Redenshon; as well as a great variety of other successful films from Barbados, Cuba, Guadeloupe, Jamaica, St. Maarten and Trinidad & Tobago. Keeping viewers and visitors to the Bernie Grant Arts Centre cinema entertained throughout the Summer Season on Saturday evenings from July 11 through August 29, 2015 (until the eve’ of the London Carnival weekend).