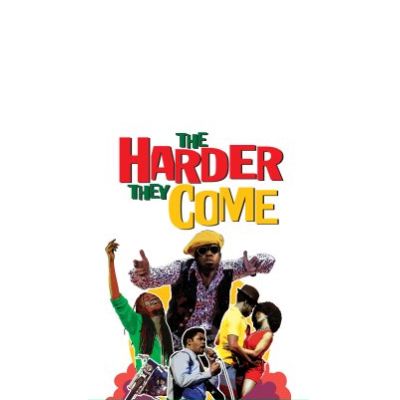 Theatre Royal Stratford East & Jan Ryan for UK Arts Productions are proud to present a brand new stage version (with music) of The Harder They Come by Perry Henzell – producer, director and co-writer of the original film. The play includes all the songs from the film, plus one or two new additions weaved into the plot and performed by an all-singing cast backed by a live reggae band on stage.

Charting the story of Ivanhoe ‘Ivan’ Martin (Rolan Bell), The Harder They Come is a tale about a young man who leaves the Jamaican countryside to seek fame and fortune in Kingston through his music. His naïvety is exploited by the big-city sharks he encounters and Ivan soon finds himself ripped-off and disillusioned. In his struggle to make his way in the world, he ends up on the wrong side of the law. Ivan then realises a route to the fame he craves as he goes on the rampage against those that have wronged him, all guns blazing… The original 1972 film starred Jimmy Cliff and was portrayed Jamaica in an authentic way that had never been seen before, whilst at the same time launching reggae music to the world.

The Harder They Come is directed by Stratford East’s Artistic Director, Kerry Michael, and Deputy Artistic Director, Dawn Reid, who have been fastidious in striving for authenticity by casting actors from Jamaica or of Jamaican decent. But the highly-talented cast have much more than that to offer as they re-tell the tale that is still held in great affection by a great number of people.