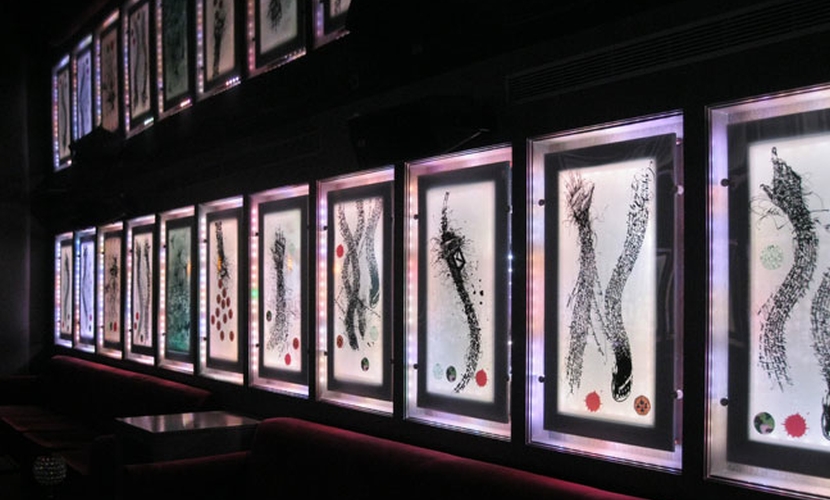 The contemporary art landscape of the English-speaking Caribbean is not sufficiently well known; for an opportunity to hear from an artist whose work addresses local histories while engaging with the global, please join us for a conversation between Trinidad-based artist Christopher Cozier and art historian Courtney J. Martin.

A recipient of a 2013 Prince Claus Laureate, Cozier has developed a distinctive multi-disciplinary artistic career. As co- director of the long-standing collaborative project space Alice Yard, he also tirelessly champions the breadth and diversity of art made in the Caribbean.

Courtney Martin will talk to Christopher Cozier about his wide-ranging work and practice.

To reserve your free ticket

Christopher Cozier is an artist and writer living and working in Trinidad. He works in a variety of media including drawing, painting, sound and installation. In 2004, he was awarded a Pollock-Krasner Foundation grant, and he has exhibited in the 5th and 7th Havana Biennials (1994; 2000); Infinite Island, Brooklyn Museum of Art, New York (2007), the Trienal Poli/Gráfica de San Juan, América Latina y el Caribe, Puerto Rico (2009); Rockstone and Bootheel: Contemporary West Indian Art, Real Art Ways, Hart- ford, CT (2009); and AFRO MODERN, Journeys through the Black Atlantic, Tate Liverpool, UK (2010). In addition to showing his work across the globe, Cozier is also an active curator, his credits in this area include co-curating Paramaribo Span (Suriname, 2010) and Wrestling with the Image: Caribbean Interventions (Washington DC, 2011) which featured 36 artists from 14 countries of the Anglophone, Francophone and Dutch-speaking Caribbean. In 2013 he was one of 11 international winners of the prestigious Prince Claus Award, honoured for “his influential role and open inclusive approach in developing art and culture across the Caribbean.” This year he has been the Alice Kaplan Artist in Residence at Northwestern University in Chicago, and prior to coming to London was a Satellite Curatorial Advisor for SITE Santa Fe

Dr Courtney J. Martin is an assistant professor in the History of Art and Architecture department at Brown University, specialising in the modern and contemporary fields. She received a doctorate from Yale University in 2009 for her research on twentieth century British art and architecture. She has published essays on the work of many contemporary artists, including Rasheed Araeen, Kader Attia, Rina Banerjee, Frank Bowling, Leslie Hewitt, Asger Jorn, Wangechi Mutu, Ed Ruscha and Yinka Shonibare. This year, she curated an exhibition, Minimal Baroque: Post-Minimalism and Contemporary Art, at Rønnebæksholm in Denmark. Currently, she is working on a book about British art and politics after 1968.

Christopher Cozier and Courtney Martin are in the UK to take part in the summer programme Curating Conversations organised by the Inspire legacy team based at the Royal College of Art.
For more information on this event please email: inspire@rca.ac.uk

Image The Arrest: Hands Up, Hand Out, installation at the Betsy Hotel, Art Basel Miami 2013, photo by Indra Khanna