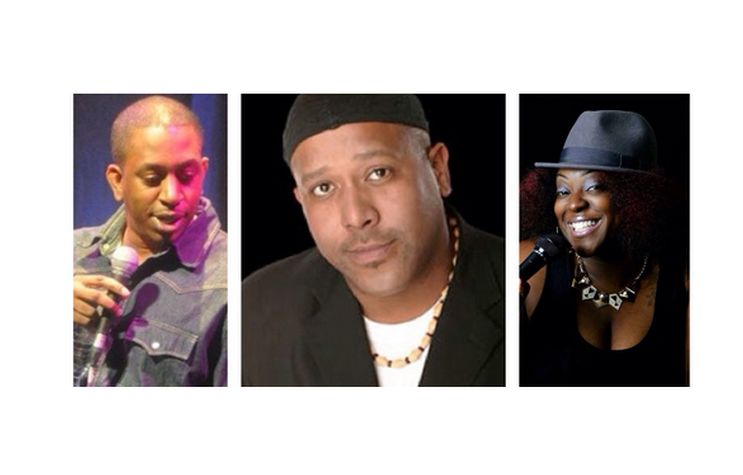 The Drum and Upfront Comedy is back for the summer season with some of the finest stand up that the UK has to offer to get you ready for a summer of laughs, including Curtis Walker, Geoff Schumann and Roger D for our Mayday Comedy Special on Fri 1 May at 7pm.

Our Summer Season opens with Comedy’s Don Curtis Walker a multi-talented performer and his indefinable comedy We’ve got regular gutbuster Special P (MTV Base’s Comedy Funhouse) joining us. There will be hilarious newcomer Judy Thomas, appearing for the first time and blowing away everything in front of her in 2015. This fabulous night of comedy will hosted by world renowned teletubbie comic John Simmit!

If you have a special occasion or birthday party coming up over the next few months, then come down and celebrate in style with us. We have a number of offers including our Group Offer buy 9 tickets get 1 free, we’ll also throw in your very own cake! You can enjoy our summer season of comedy and get all three of our shows with our fantastically value Season Ticket costing only £36!

Food will be available on the night
Suitable for audience 18+

Curtis Walker as well as a stand up comedian he is a very renowned actor, having worked with Maya Angelou – Moon On A Rainbow Shawl and Lenny Henry – Lenny Henry Show, Now What, Almost Always Africa and appeared in Kathy Burke’s (penned) film The End.

After yet another memorable performance at the Birmingham Symphony Hall, the great Nelson Mandela shook Curtis’ hand – twice …

He’s had numerous television credits such as The Real McCoy BBC, They Think It’s All Over BBC, Jonathan Ross Ch.4, The Stand Up Show Ch. 5 to name a few.

Curtis tours his own one man show, Right Now and is the voice of Carlton in BBC Children’s comedy Kerching!

within the first 2 years of his career kicking off he appeared on Channel’s 4’s So You Think You Are Funny?. He is a regular performer in all the premier comedy venues in the UK and is also recognised as an international comedian, having toured in Germany, Holland, China and USA.

He is a regular act of choice for the US Army and the RAF. He also frequents Hollywood, Washington and New York, performing in established places such as The Laugh Factory and The Comedy Store.

Alongside performing around the world in various comedy venues, Special P has started to tour his own one man show You Ain’t Heard Nothing Yet, which was a sell-out first show in London.

The bubbly Londoner, has been moving fast around the comedy circuit, she’s already taken part in her first UK tour after just eighteen months! A mother of 2, is having to spend ever increasing amounts on childcare as her witty and boisterous routines see her in ever increasing demand by comedy clubs around the country.

About The Drum:
The Drum is the UK’s premier intercultural arts centre dedicated to the development, presentation and celebration of arts and cultural activities of Birmingham’s diverse communities for the benefit of all.