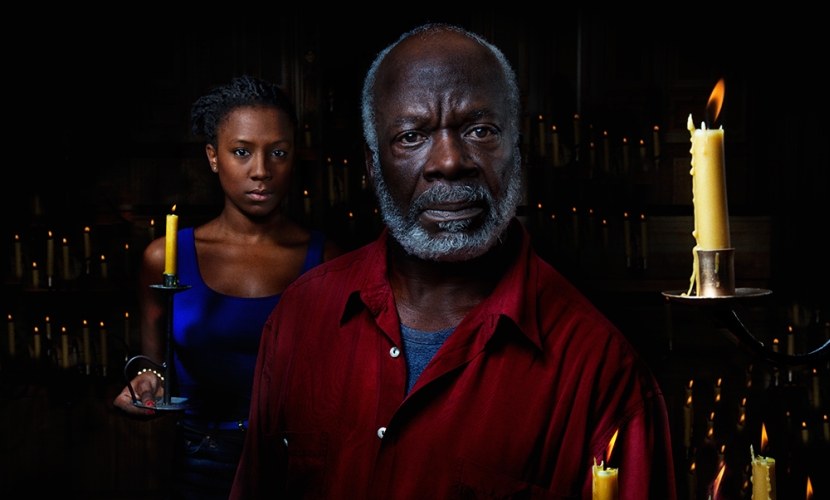 The poem spans both time and continents, following the journey of a present-day Odysseus and a beautiful house servant Helen, who incites her own Trojan War.

St Lucian born Joseph Marcell will star in this production and has previously performed at the Globe in King Lear (2013), Much Ado About Nothing (2011), and Coriolanus (2006). The narrative is rooted on the island of Saint Lucia, Walcott’s home, and will be underscored by live music to evoke the flavour of the Caribbean.

“No poet rivals Mr. Walcott in humour, emotional depth, lavish inventiveness in language or in the ability to express the thoughts of his characters” The New York Times Book Review

Omeros is an epic poem written by Nobel Prize-winning St Lucian poet Derek Walcott. Mr Walcott has adapted the text for stage, and it will be performed in our new Sam Wanamaker Playhouse by Joseph Marcell (Fresh Prince of Bel Air, King Lear) and Jade Anouka (Romeo & Juliet), with music composed and performed by Tayo Akinbode.