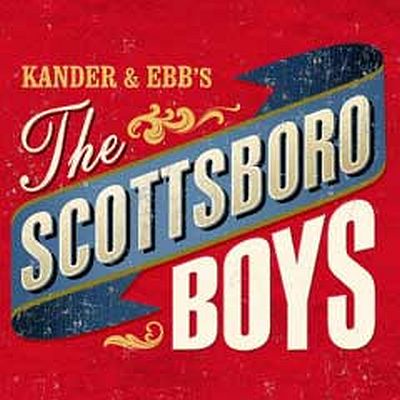 Star of the original US Production of the Scottsboro Boys Leads the West End Transfer.

Initial casting has been announced for the West End transfer of Kander and Ebb’s award-winning and final musical The Scottsboro Boys.

Brandon Victor Dixon, who originated the role of Haywood Patterson in the first US production of The Scottsboro Boys and is currently starring as Berry Gordy in Motown The Musical on Broadway, will make his West End debut this autumn.

Returning after their triumphant performances at The Young Vic are the American cast members Colman Domingo (Olivier Award nominated) as Mr Bones, Forrest McClendon as Mr Tambo and James T Lane as Ozie Powell. British cast members include Game of Thrones star Julian Glover, reprising his role as The Interlocutor. They will appear alongside Dawn Hope, Dex Lee, Rohan Pinnock-Hamilton, Richard Pitt, Emile Ruddock and Carl Spencer (with further casting to be announced), at the Garrick Theatre from Saturday 4 October.

Directed and choreographed by five-time TONY Award winner Susan Stroman (The Producers and Bullets Over Broadway) The Scottsboro Boys is a dazzling and provocative musical, already hailed as a modern classic from the legendary creators of Chicago and Cabaret, John Kander and Fred Ebb.

Winner of the Critics’ Circle Best Musical of 2013 and nominated for 12 Tony Awards and 6 Olivier Awards, this stunning show has delighted audiences and been unanimously acclaimed both on Broadway and in London.

The Scottsboro Boys tells the true story of nine young black men, aged between 12 and 19, travelling on a train through Scottsboro, Alabama in 1931 in search of a new life. By the end of their journey their lives had been changed forever. Wrongly accused of an unspeakable crime, their trial would divide a nation. But behind the screaming headlines was the devastating story of nine young men, desperate to prove to the world that they mattered.

The Scottsboro Boys has music and lyrics by John Kander and Fred Ebb, book by David Thompson and direction and choreography by Susan Stroman. The production features set design by Beowulf Boritt, costume design by Toni-Leslie James, lighting design by Ken Billington, sound design by Paul Arditti, orchestration by Larry Hochman and casting by Jill Green.

The Scottsboro Boys will play from Saturday 4 October