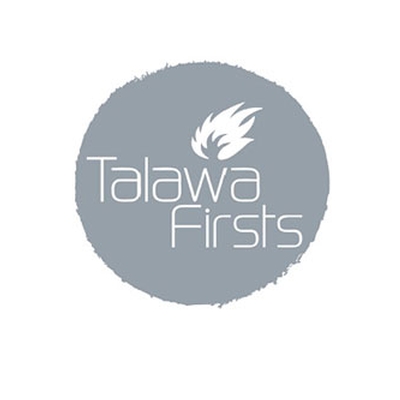 Talawa Studios – the company’s dedicated performance space in Old Street – will become a hub of activity for three weeks, showcasing and developing the best in Black British writing.

This year’s Hotspot (script in development) series includes work by CHRISTINA ANDERSON, MARCUS HERCULES and KARLA WILLIAMS. Highlights include NO GOD, NO GIRLS – exploring the issues if faith and sexuality within the black community.

NORMAL is a debut play written by Theresa Ikoko and explores the way we hide truth.

Sam, a teenager born to Nigerian parents living in London, is an only child. Sam’s struggle with grief is compounded by loneliness and a disconnection from his parents who are also drifting apart. As his world falls apart, Sam decides he can no longer cope with the anxieties that overwhelm him, he’s “done” with it now. Will Sam resolve his problems? Will he be able to move on with his life and find love and happiness?

Theresa Ikoko was born and raised in Hackney by a single Nigerian mother, in a family of 9 children. “Normal” is her first full-length play.

One of the UK’s foremost Directors, Paulette Randall talks about survival in the industry and brings to bear her considerable experience as not only a former Artistic Director of Talawa Theatre Company and Associate Director for the opening ceremony of the London 2012 Olympics, but also her considerable experience as a Director and Producer in theatre, radio, television and film.

BLACKTOP SKY examines the intersection of love, violence and community inside an institution with a haunting Chicago legacy: the public housing project.

After witnessing police rough up a fellow resident of the projects, 18-year-old Ida befriends a young homeless man who sleeps on a nearby bench. As their unlikely friendship grows, will it strengthen her connection to home or drive her away in search of a new life?

Christina Anderson’s plays include: HOLLOW ROOTS, GOOD GOODS, INKED BABY, and MAN IN LOVE. Her work has appeared at various theatres across the USA. Awards and honors include Susan Smith Blackburn nomination, Lorraine Hansberry Award, Van Lier Playwrighting Fellowship, Wasserstein Prize nomination, and Lucille Lortel Fellowship. She has an M.F.A. from the Yale School of Drama. American Theatre Magazine selected Anderson as one of fifteen up-and-coming artists, “whose work will be transforming America’s stages for decades to come.”

MY DARLING WIFE charts the quasi-surreal relationship between an abusive yet loving husband and his abused yet forgiving wife. The play has been shortlisted for the Kings Head Theatre’s Adrian Pagan Award for new writing.

Can the mutual dependency our characters share resolve itself? Or are they doomed to reach an inevitably damaging conclusion? Come and see the show to find out.

Before graduating from his Management Degree at University of Sheffield, Isaac performed in David Farr’s production of THE RESISTIBLE RISE OF ATURO UI at The Lyric Hammersmith, securing representation as an Actor with Curtis Brown. Isaac is a participant of Soho Theatre’s Writers Lab and MY DARLING WIFE is his debut feature length play.

Roy Williams OBE, is an award winning British playwright. His credits include LIFT OFF, CLUBLAND, OFFSIDE, SING YER HEART OUT FOR THE LADS, JOE GUY, DAYS OF SIGNIFICANCE and SUCKER PUNCH. Of writing plays he says, “Black writers have to write about whatever they want. Write about race. Don’t write about race. Just make sure your play challenges you as much as you hope it will challenge your audience . . . with or without race, ours is a messy, complicated, contradictory world – in other words, a dramatist’s dream.”

Roy’s Q&A promises to be interesting, offering insights into the world of the playwright and the challenges of crafting a story.

Friday 20 June at 7pm: HOTSPOT WORK IN DEVELOPMENT
NO GOD, NO GIRLS
Written and directed by Karla Williams and Rebecca Coley

NO GOD, NO GIRLS explores themes of faith, family, sexuality and relationships, charting the lives of brothers Jack and Elijah.

Born into the Unification Church, Jack has never fit it and when his father kicks him out of the family home he promises never to return; but can the scars of the past ever allow him to move forward? Meanwhile his brother Elijah is facing his own problems as he strives to live the life the Church would have him, only there’s one problem – he prefers boys to girls and True Father has his own ideas about the homosexual community …

Karla Williams writes for both film and theatre. She won the Best Screenplay award at the Van d’Or Awards for Independent Film 2013 for the short film PRETTY BITCH. She has had plays read at Oval House Theatre, Watford Palace Theatre, Soho Theatre and Royal Court Studio. She was under commission to Faith Drama Productions in 2013.

Rebecca directs both film and theatre. She has made four short films that have been screened and won awards at festivals internationally, JACK BLOND, HARD TO SAY, PANTS and PRETTY BITCH. Becky was selected for Berlinale Talent Campus 2012 and is currently developing a hybrid documentary feature film called NIAS, which was selected for the FASTTRACK TO FEATURE scheme with Sheffield Documentary Festival in 2013.

HAVE MERCY ON LIVERPOOL STREET features several characters working in and around Liverpool Street Market.

Aunty Mercy is an Igbo woman, Enoch is from Bostwana, Sister Patience and Adamu are Nigerian, Kwabena is Ghanaian, Dupe is a British-Nigerian and Mr Yasin is of South Asian origin. Together their stories weave and intertwine, creating conflicts and humourous situations galore as customs, and mores are challenged by the realities of urban living in London in the 21st century.

Sabo Kpade’s short stories have been published in Verdad, Glasschord, The Writer Room, Sable and Gertrude Press. He has reviewed books for the African Business Review and is currently at work on his first novel ANYONE’S GHOST. HAVE MERCY ON LIVERPOOL STREET is his first play.

Doña Croll is best known from her appearances in popular British television programmes such as DOCTORS, GIMME, GIMME, GIMME, EASTENDERS and BROTHERS AND SISTERS. Doña has also worked extensively in the theatre for many years in many notable productions including THE CHRIST OF COLDHARBOUR LANE and MEASURE FOR MEASURE (Plymouth Theatre Royal), ELMINA’S KITCHEN (National Theatre) and Talawa Theatre Company’s production of Arthur Miller’s ALL MY SONS (Royal Exchange Theatre, Manchester). Doña Croll will offer unmissable insights into the actor’s life.

PRISON GAME addresses how we create prisons for ourselves and the consequences we might unwittingly bring upon ourselves.

Mike is examining his life and friendships, breaking free from the shackles of damaging relationships that imprison him and lower his expectations. Freedom is something we can all achieve, the question is how?

Marcus Hercules is a writer, director, actor and workshop leader, who has formed his own company, Hercules Productions.

Marcus Hercules is a writer, director, actor and workshop leader, who has formed his own company, Hercules Productions. Marcus has performed in various radio plays for the BBC – PATTY’S PATTIES, BORN BAD and WALKING ON SUNSHINE. Some of his television credits include BROOKSIDE, CASUALTY, NEW STREET LAW, HOLDBY CITY, MOBILE and SHAMELESS. He has also developed his one-man shows DIFFERENT PERSPECTIVES and PRISON GAME. Hercules Productions runs youth projects and acting classes